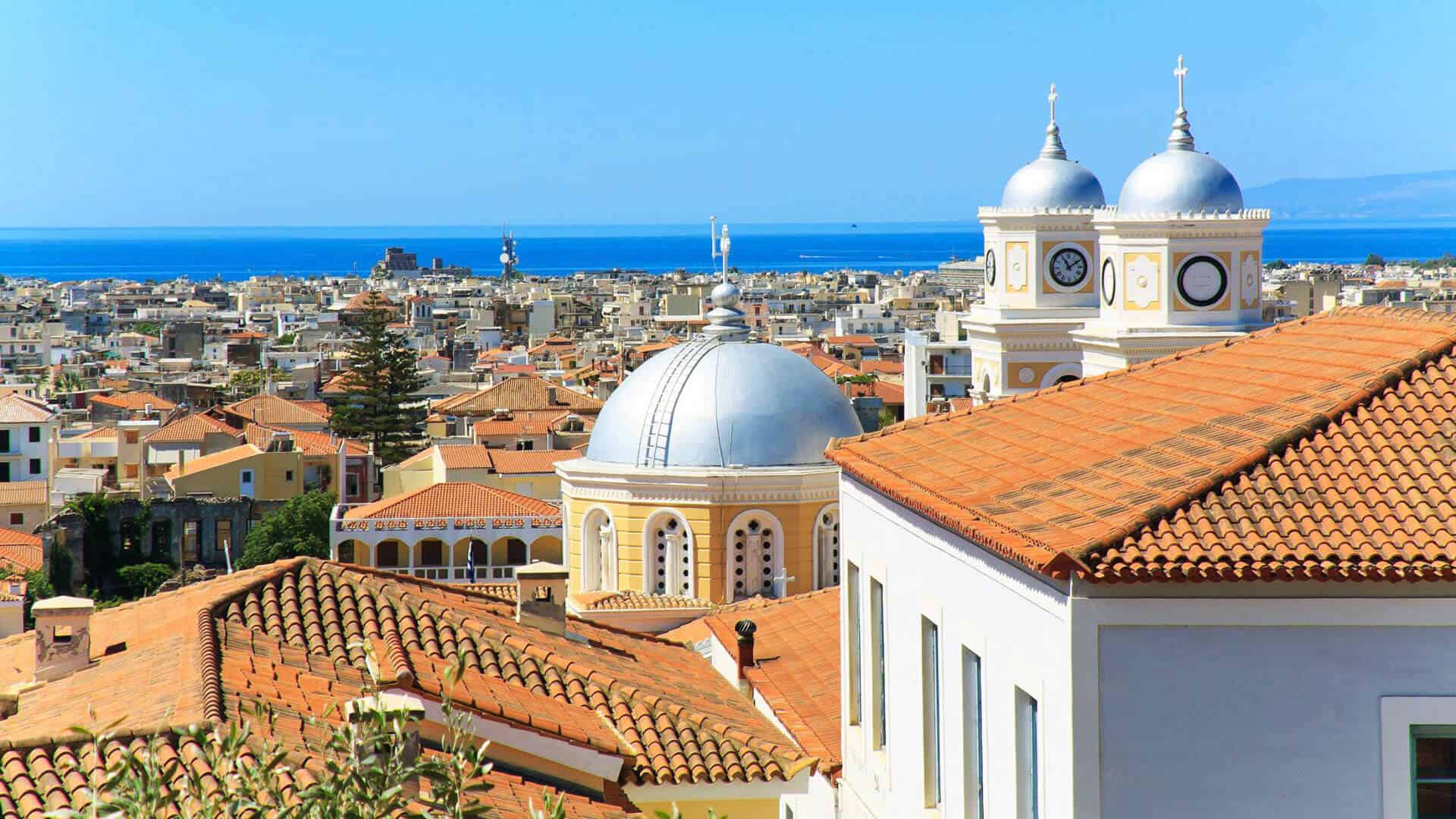 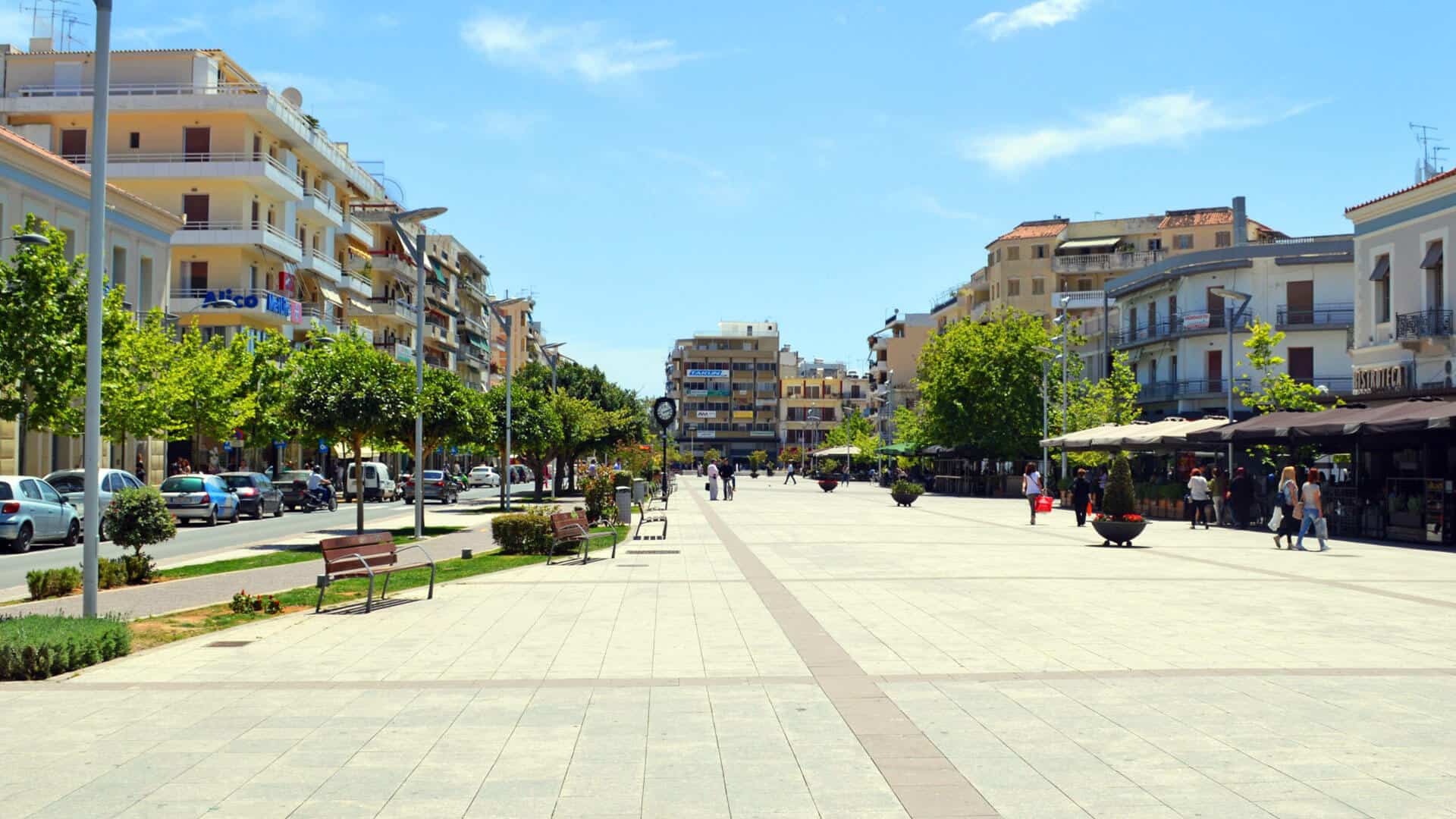 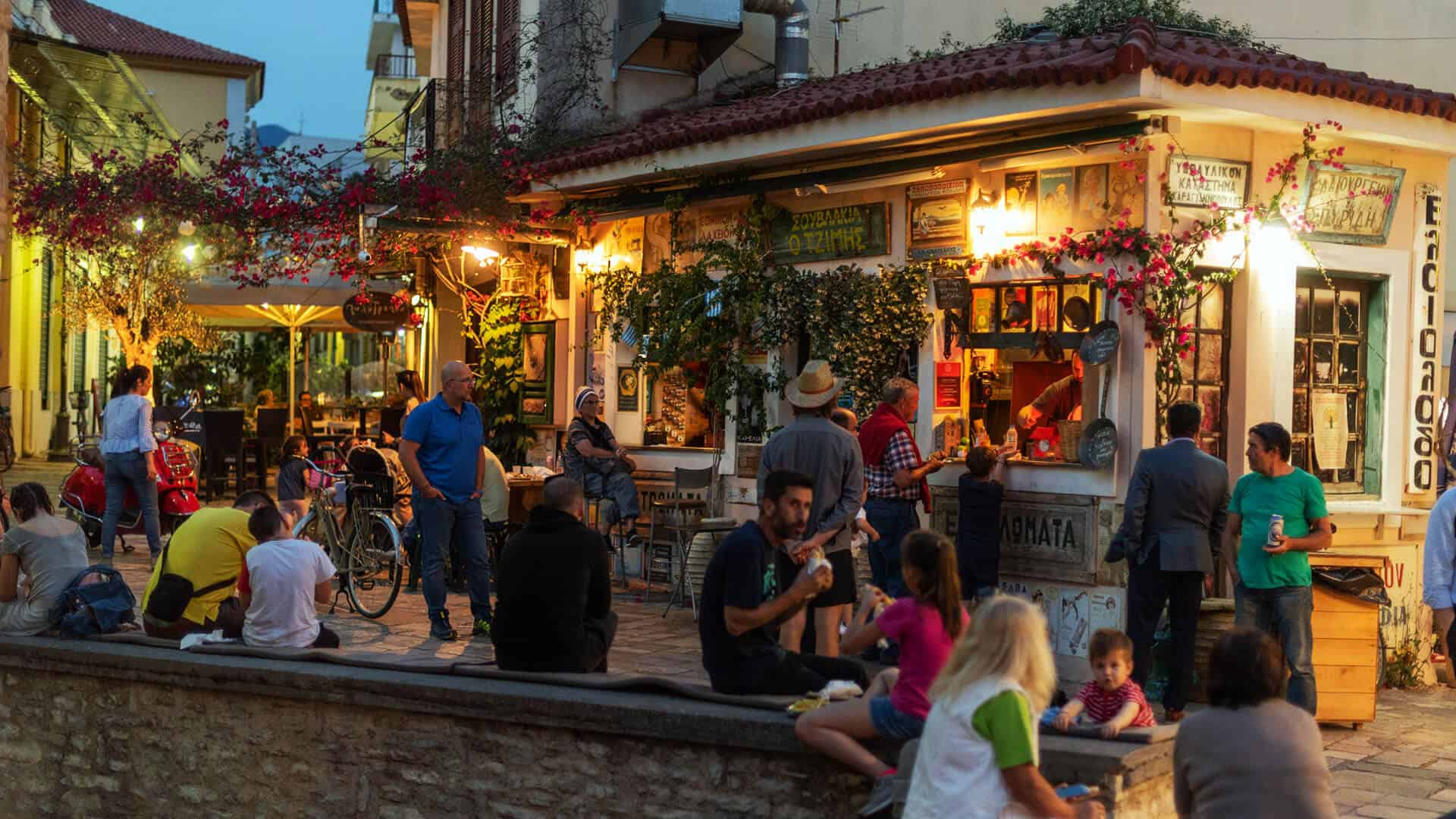 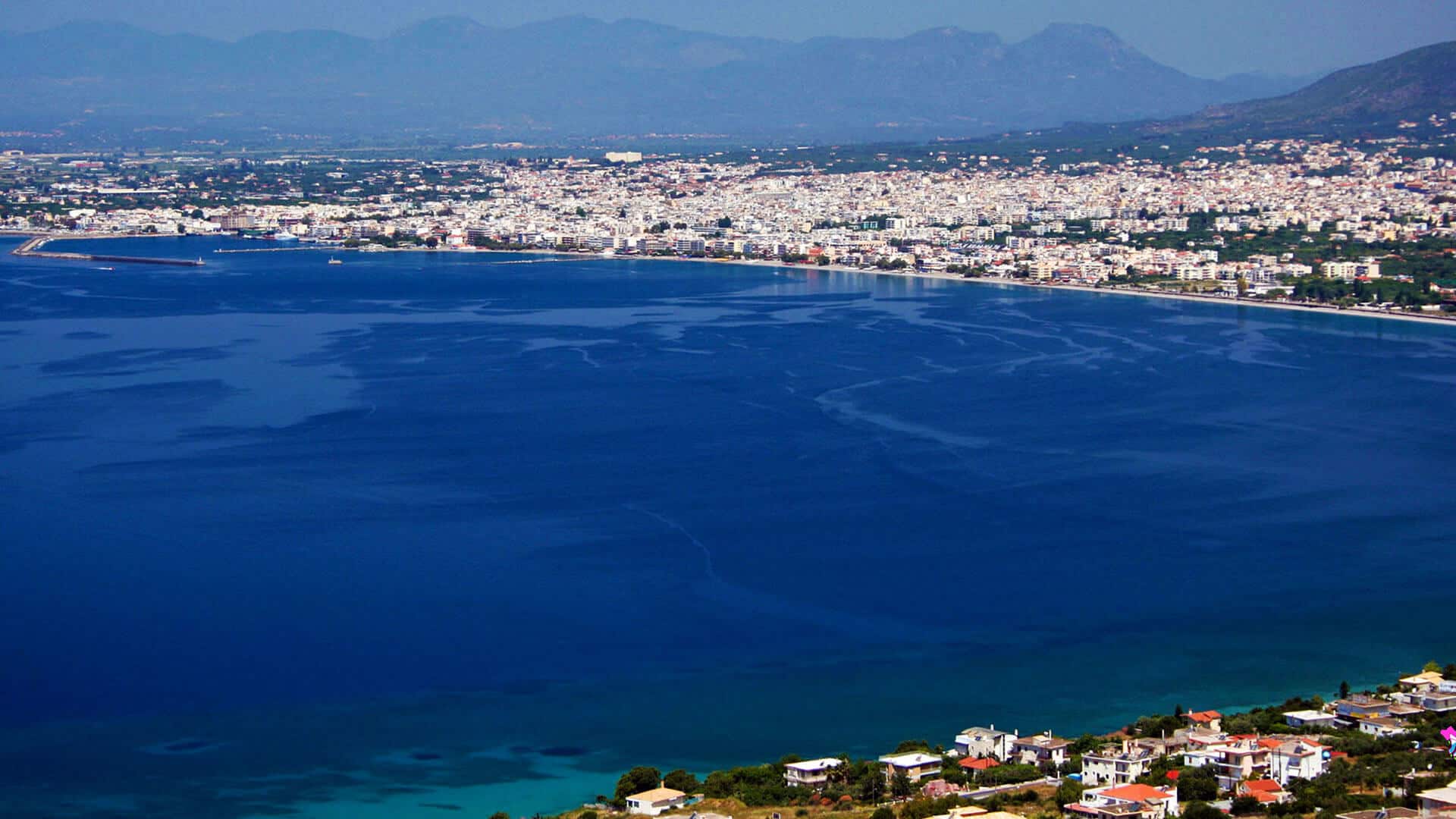 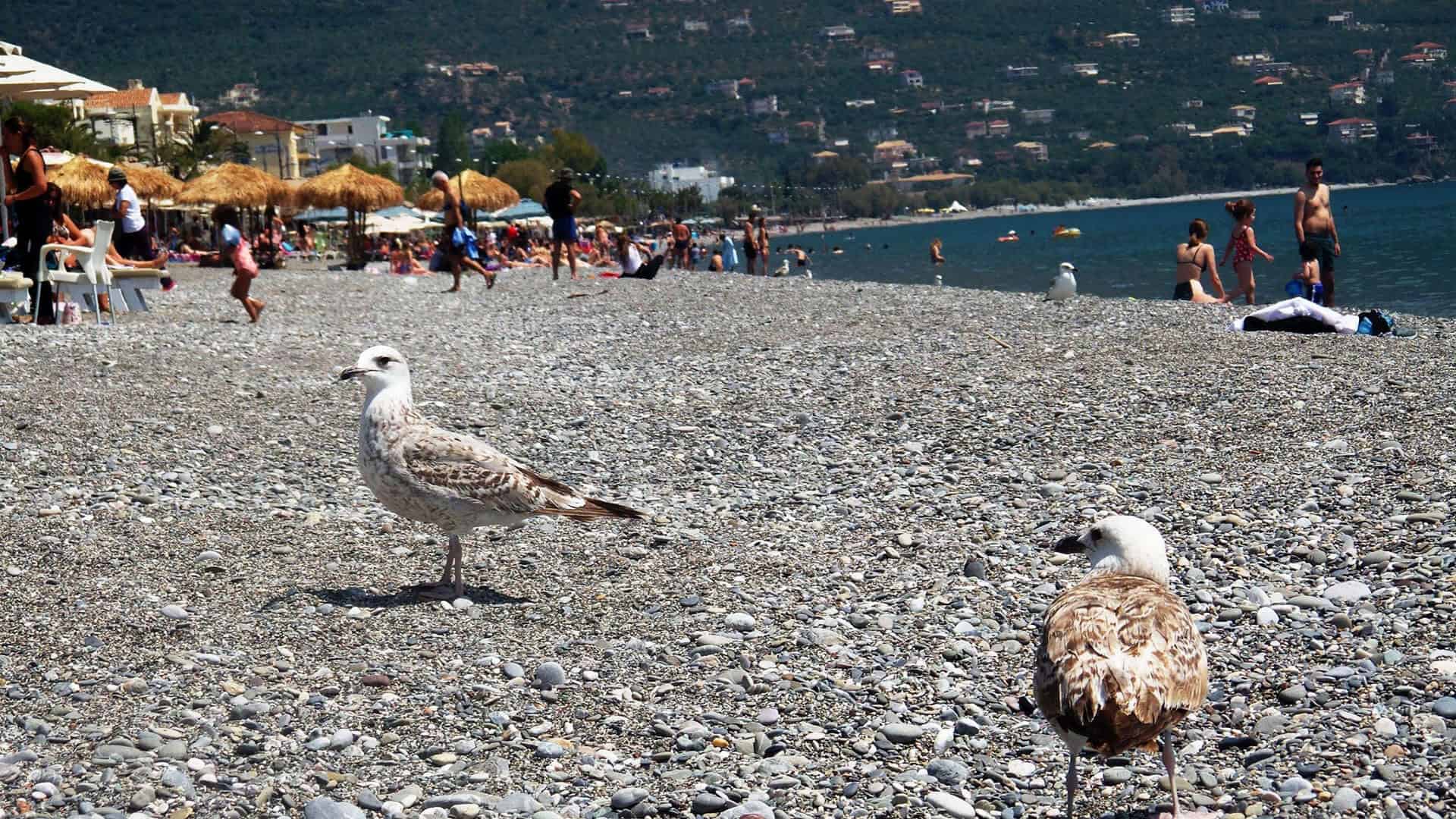 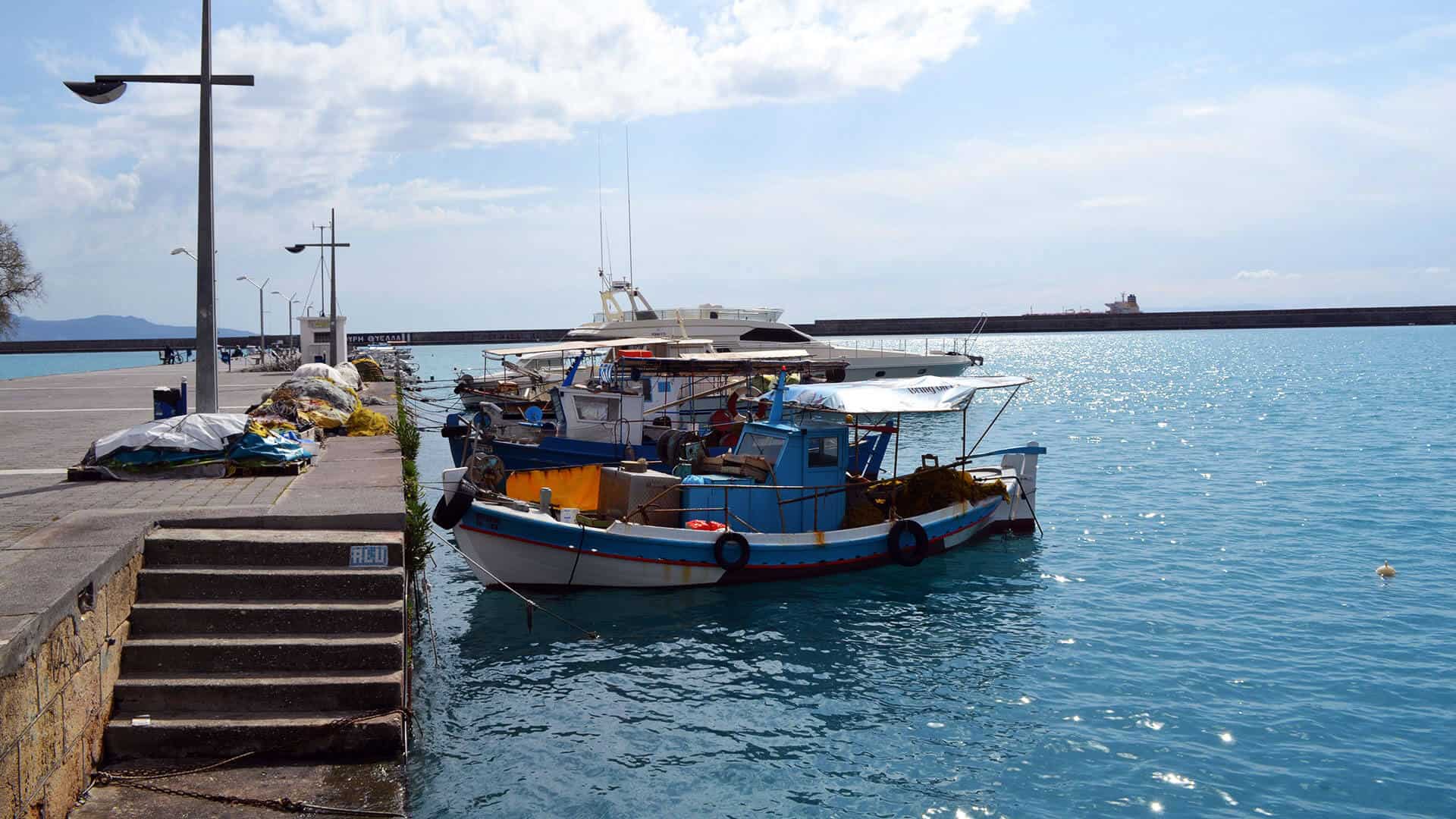 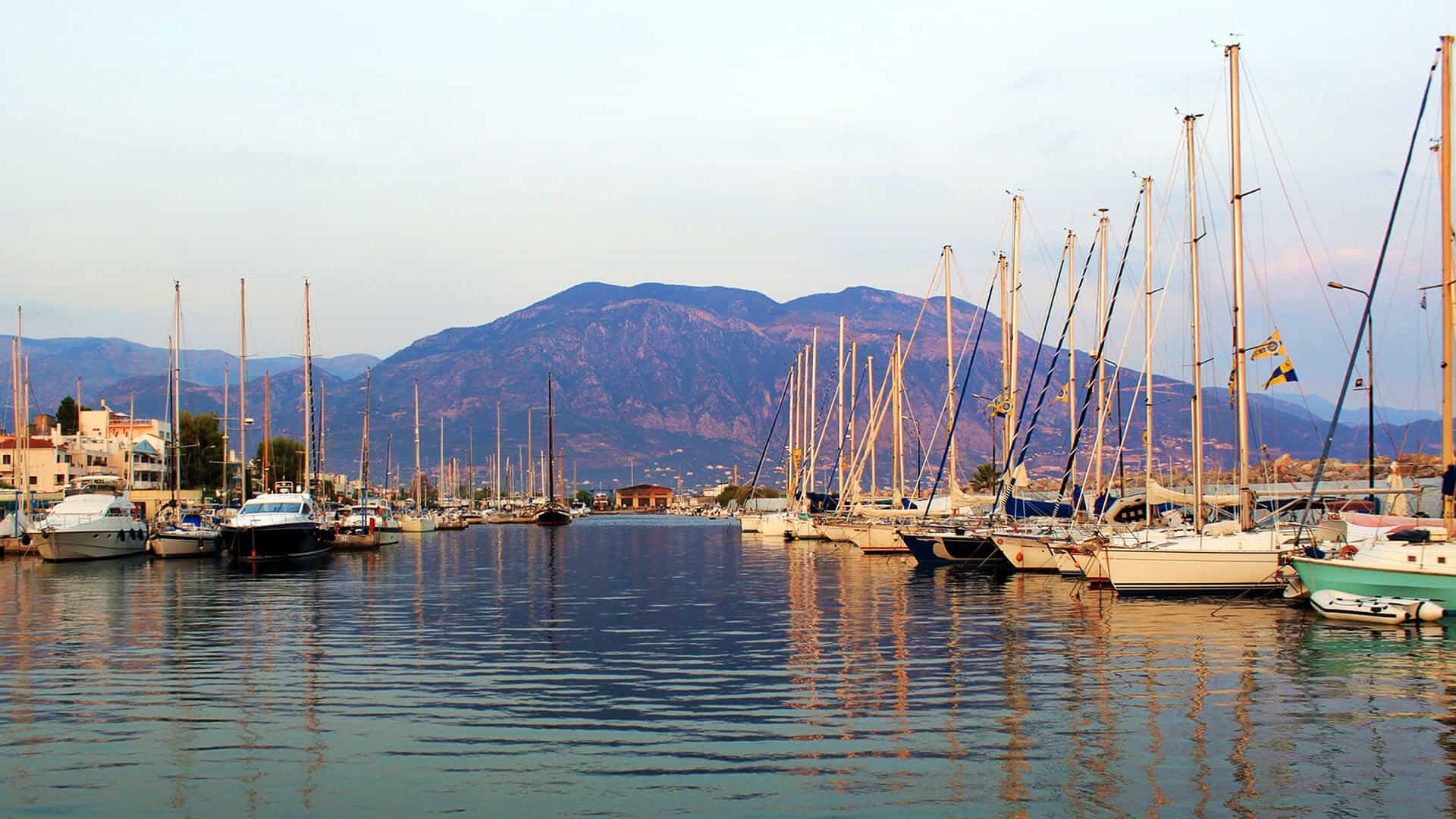 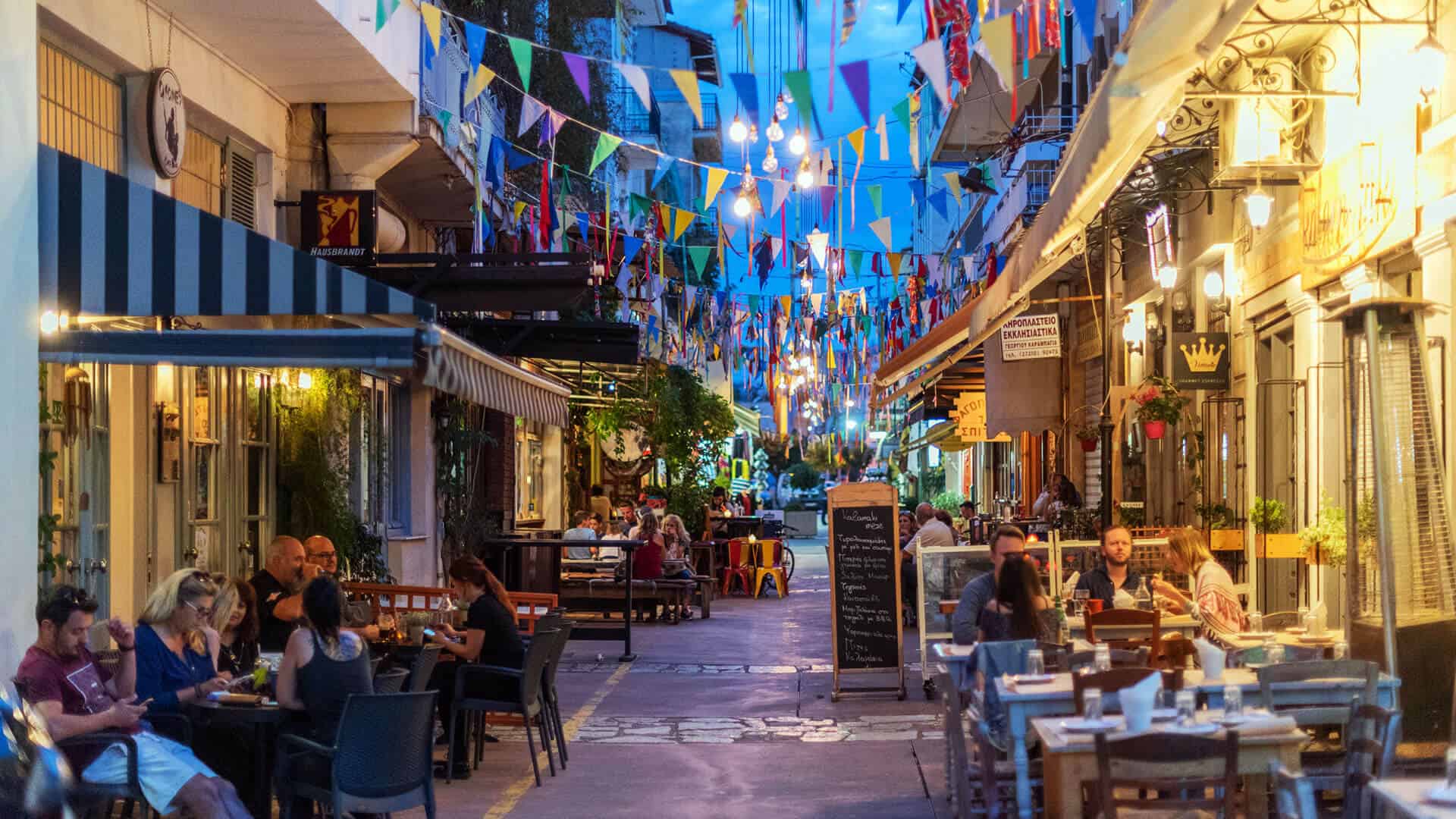 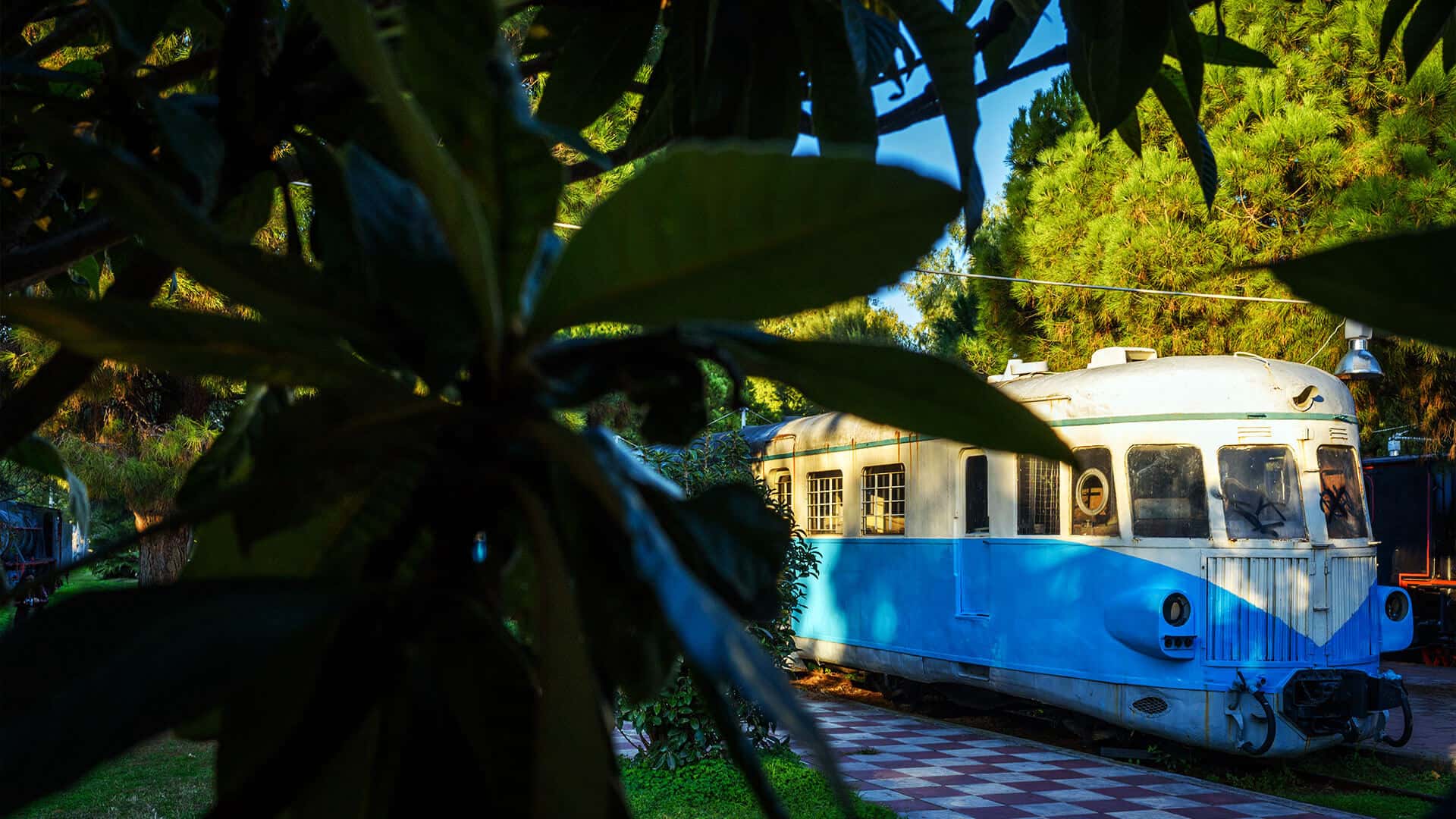 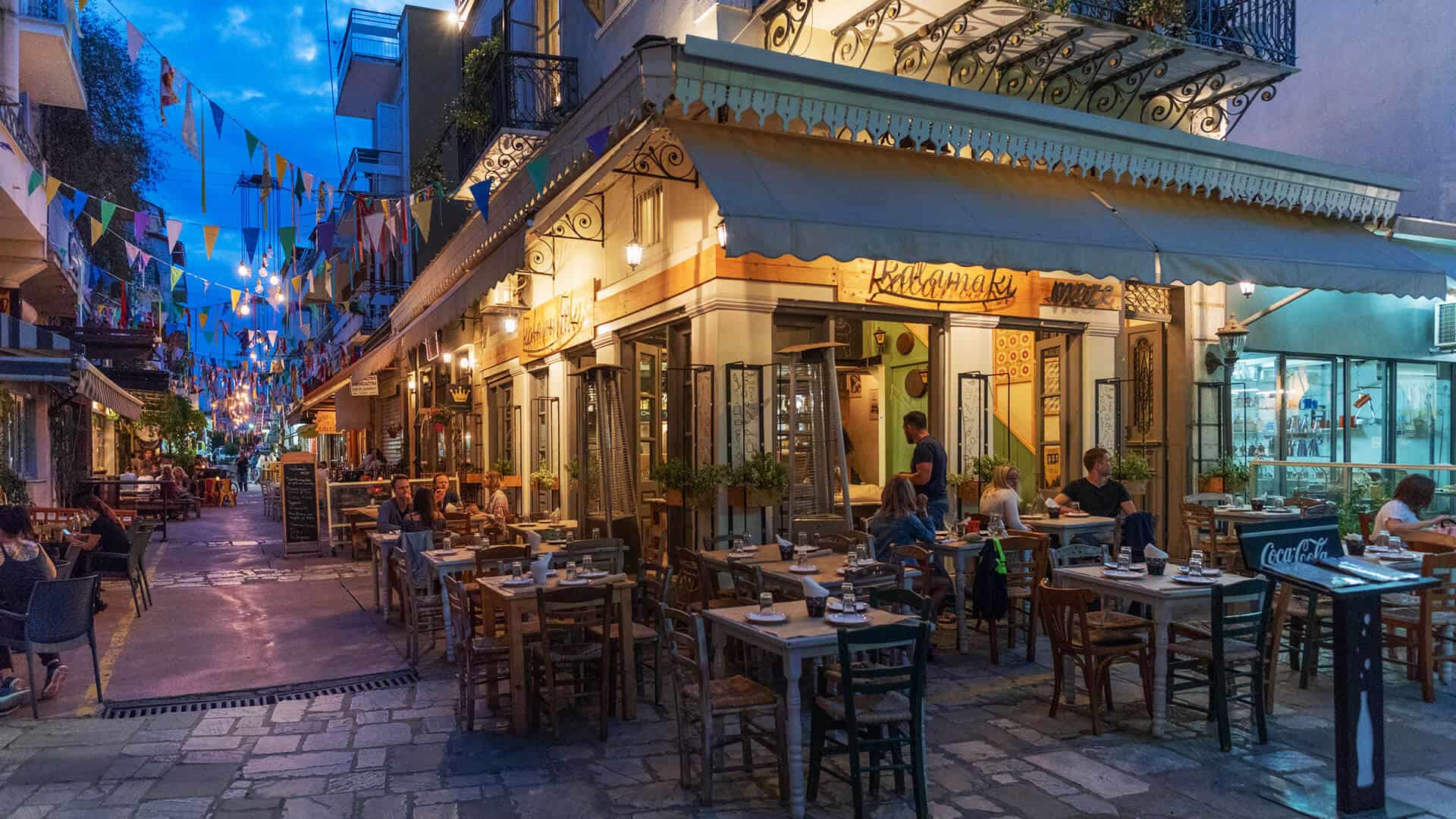 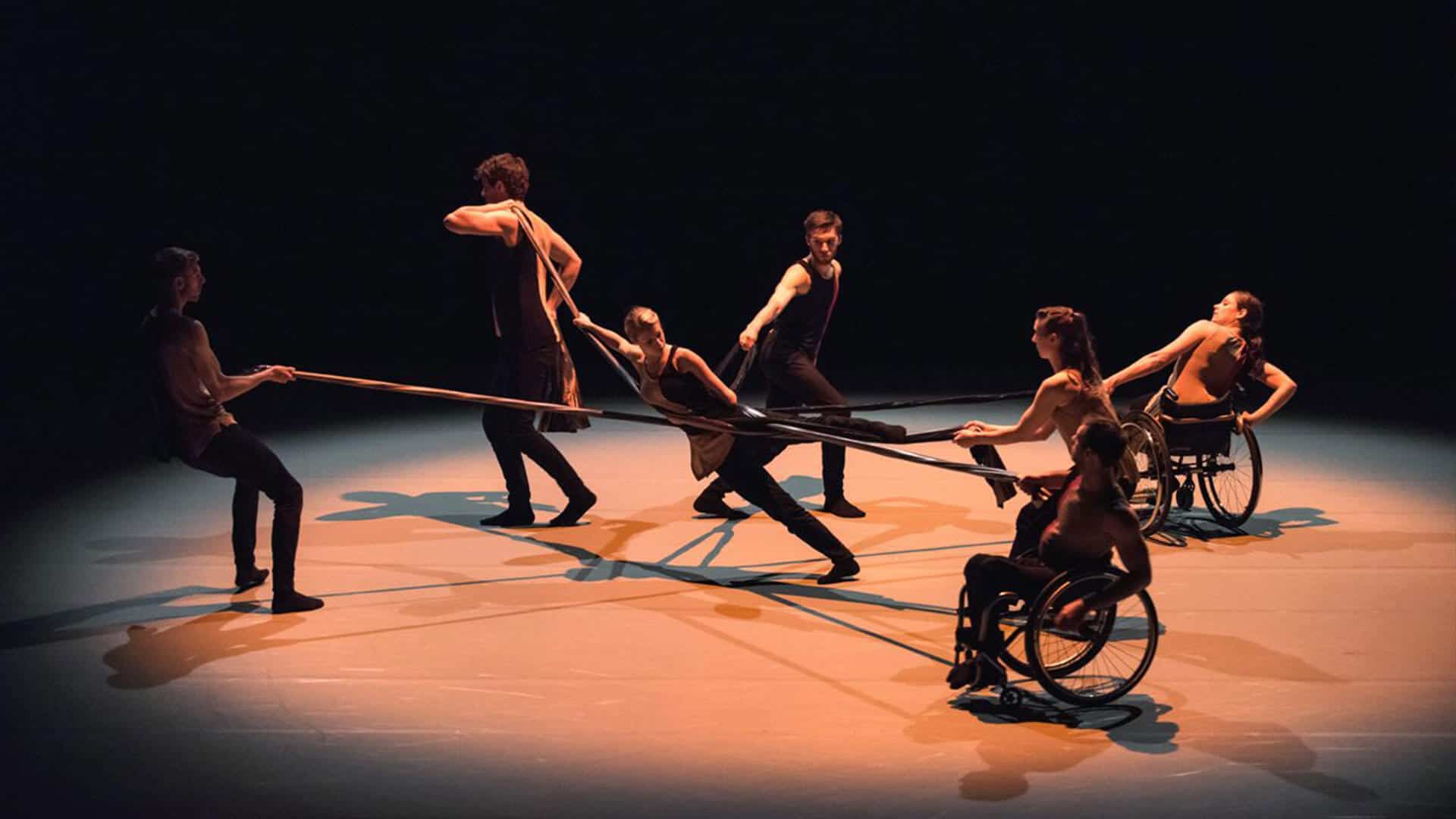 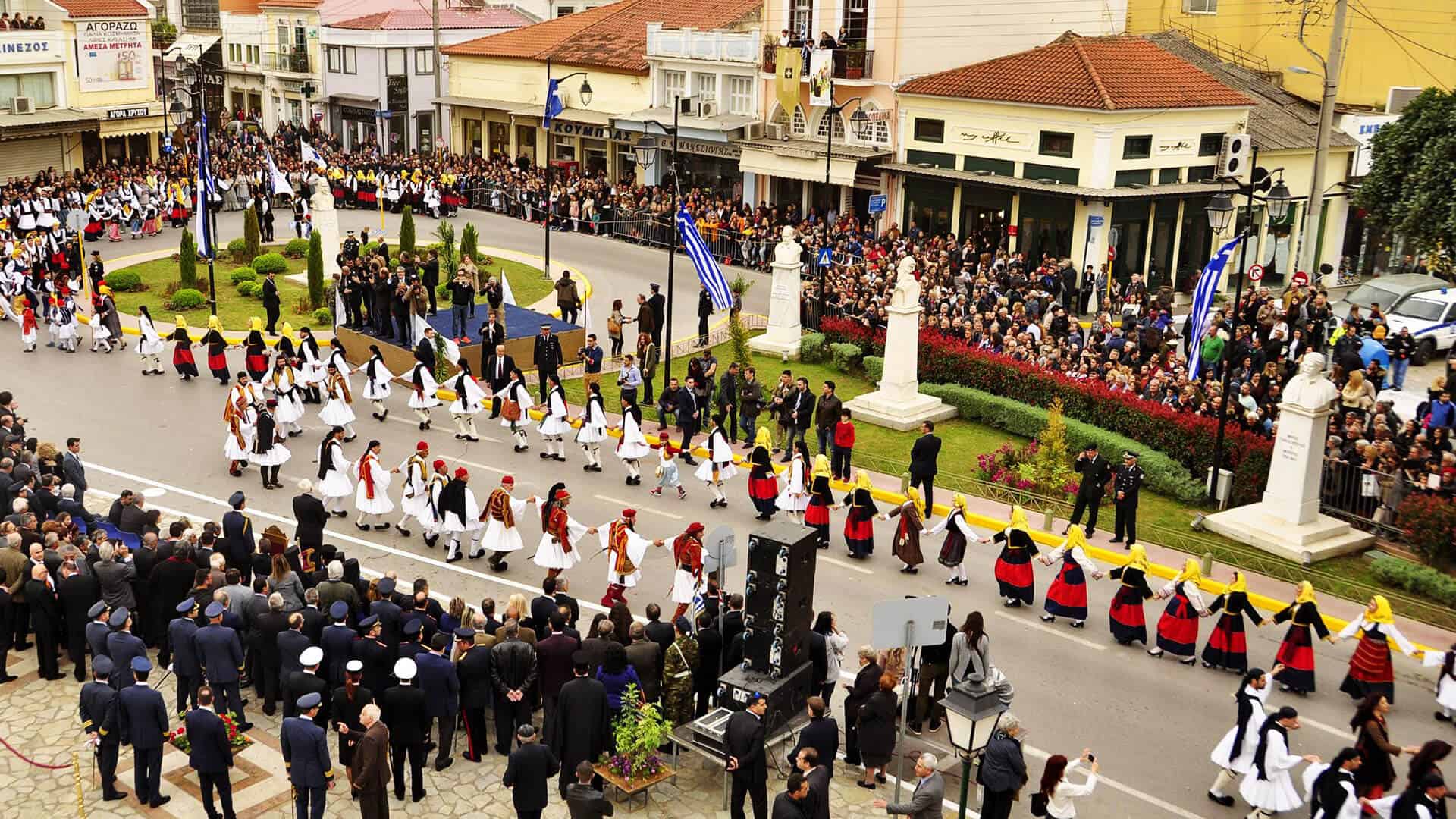 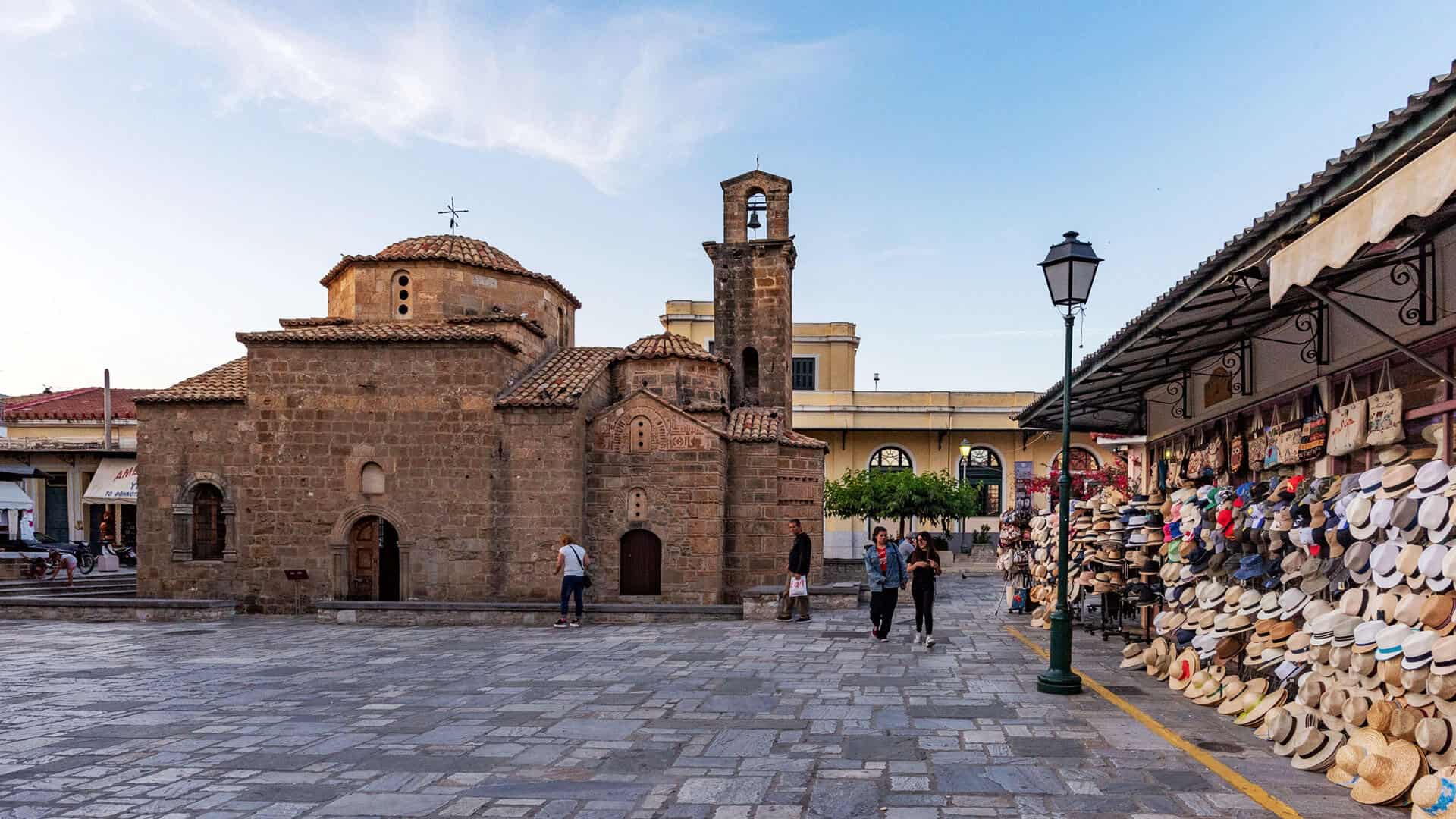 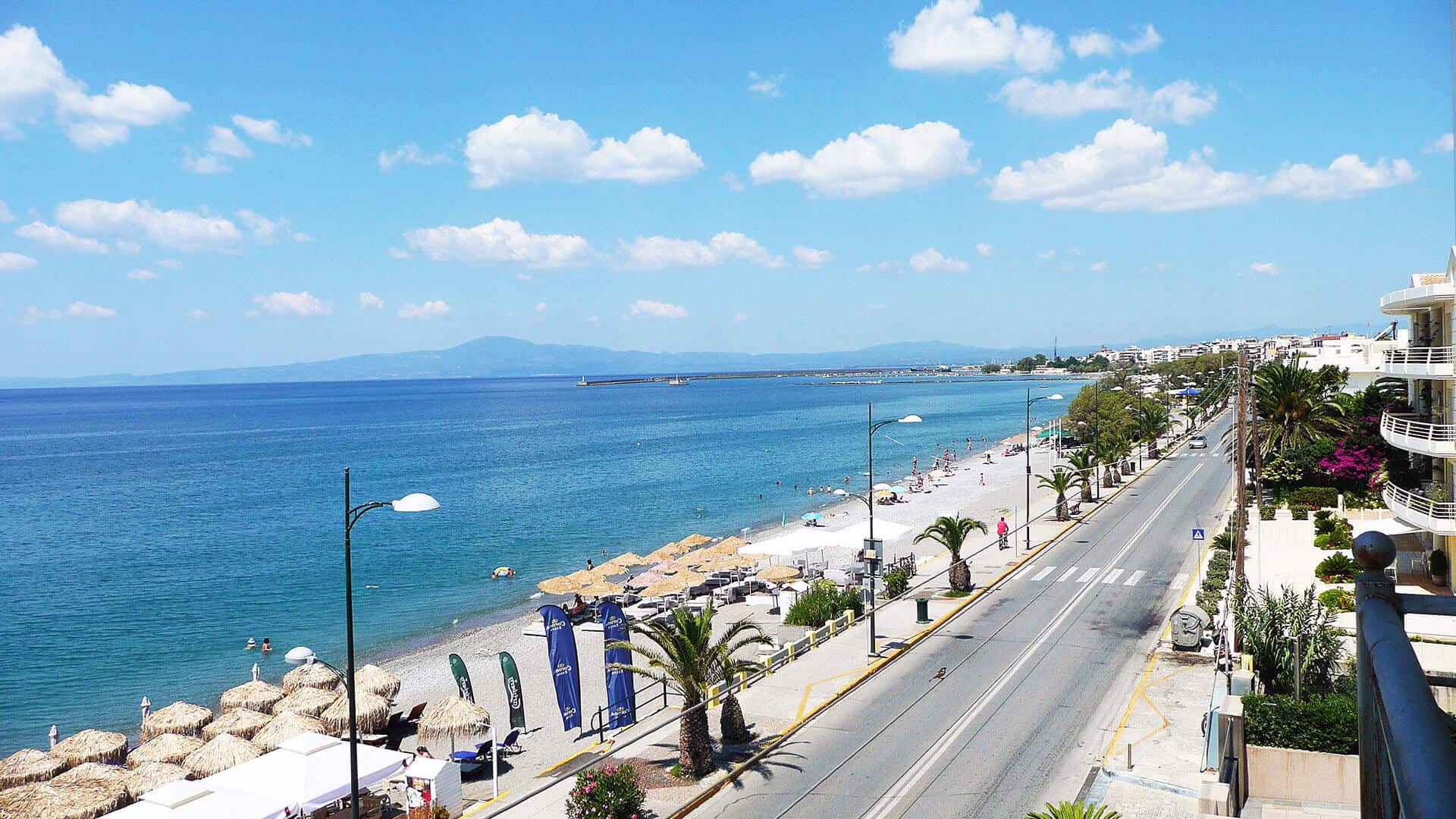 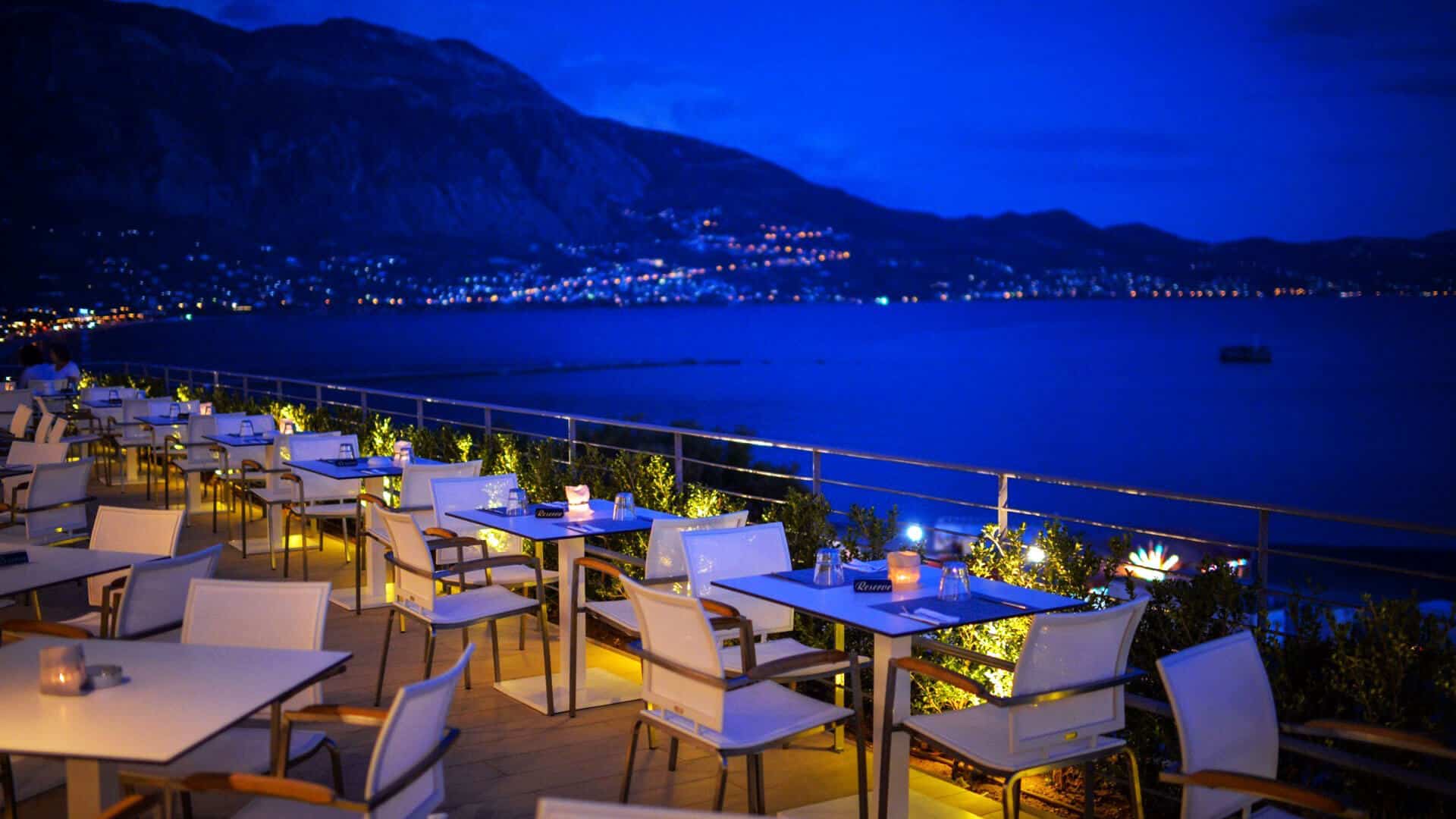 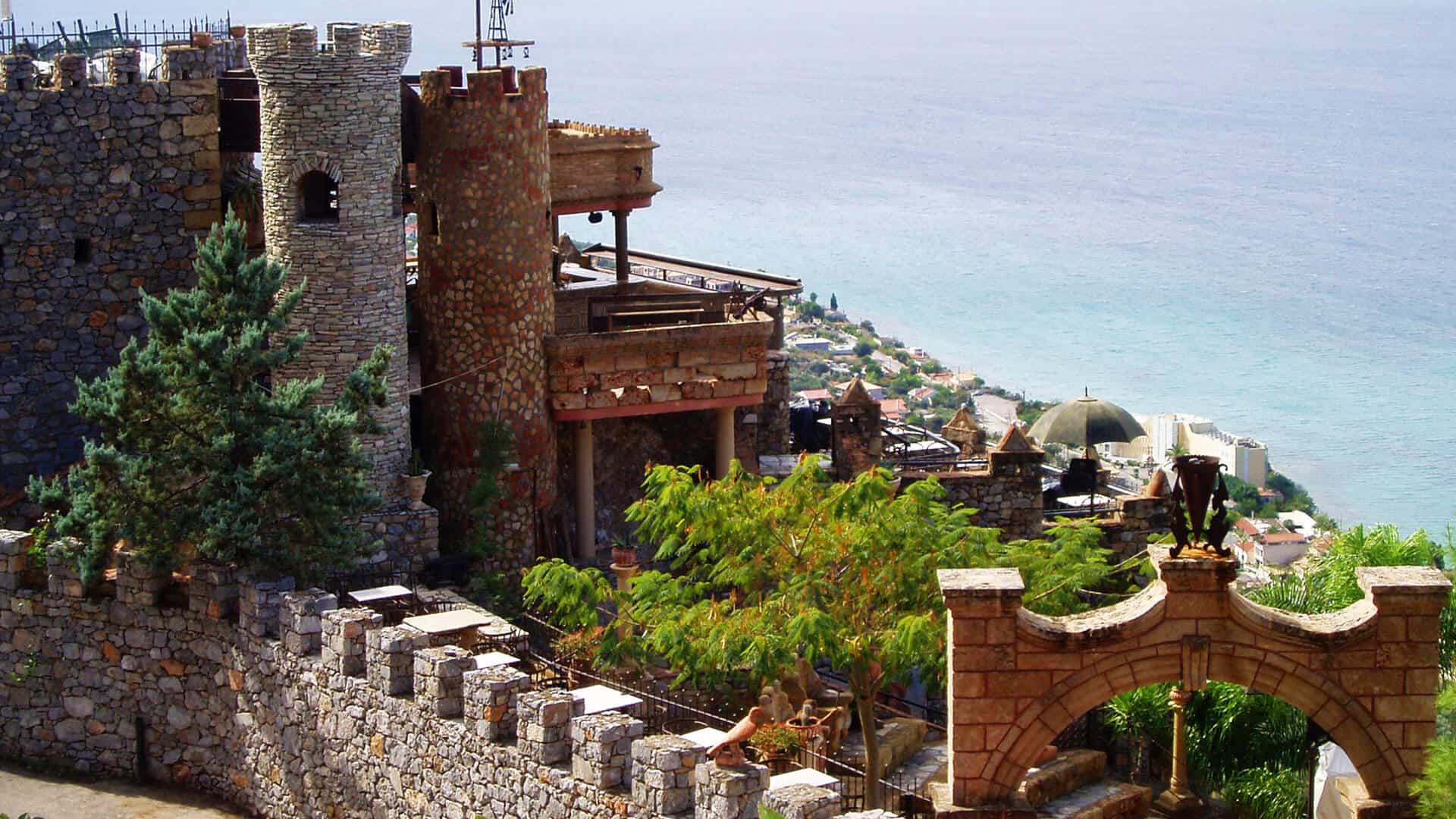 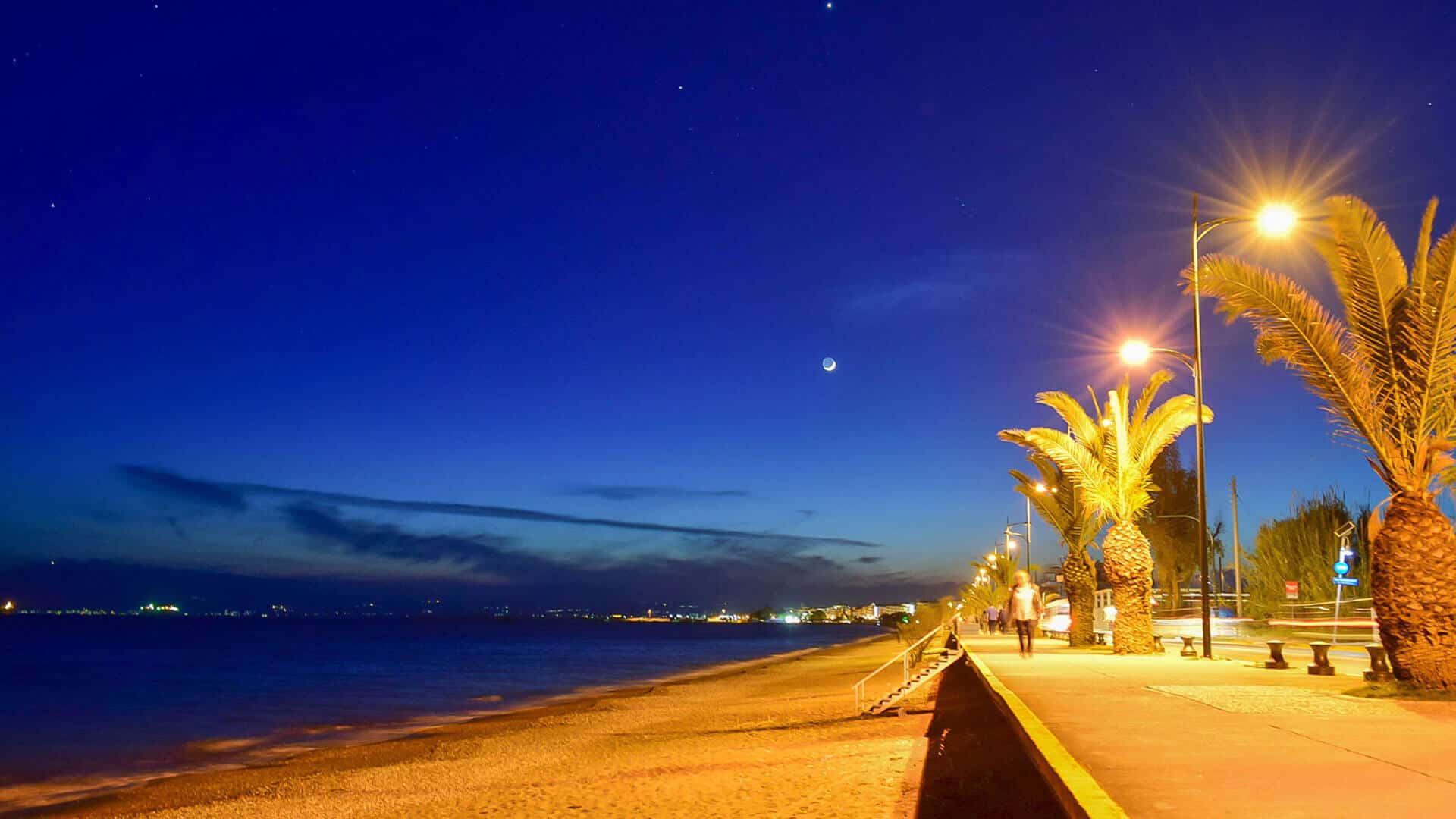 Walk on the Beach 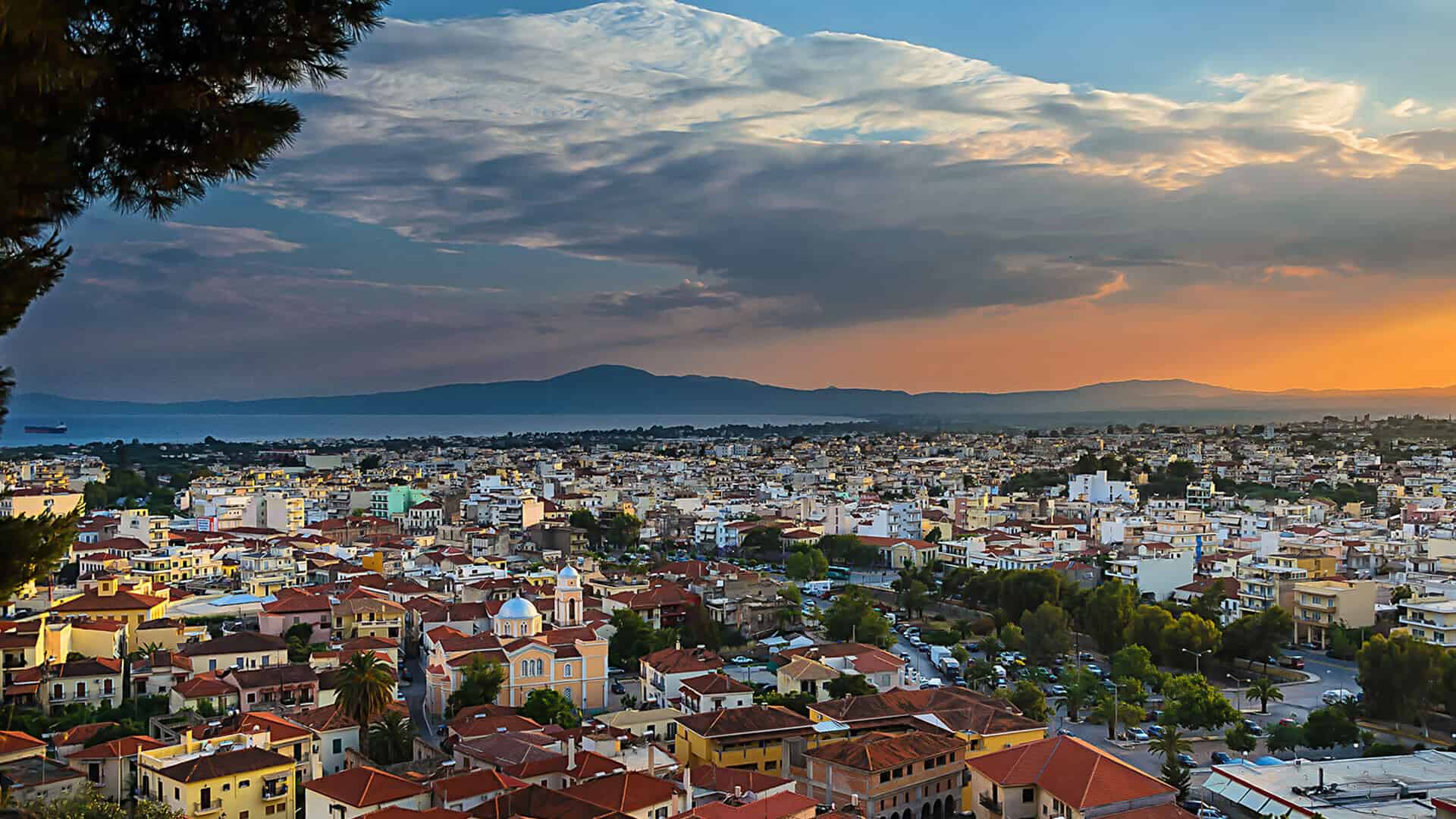 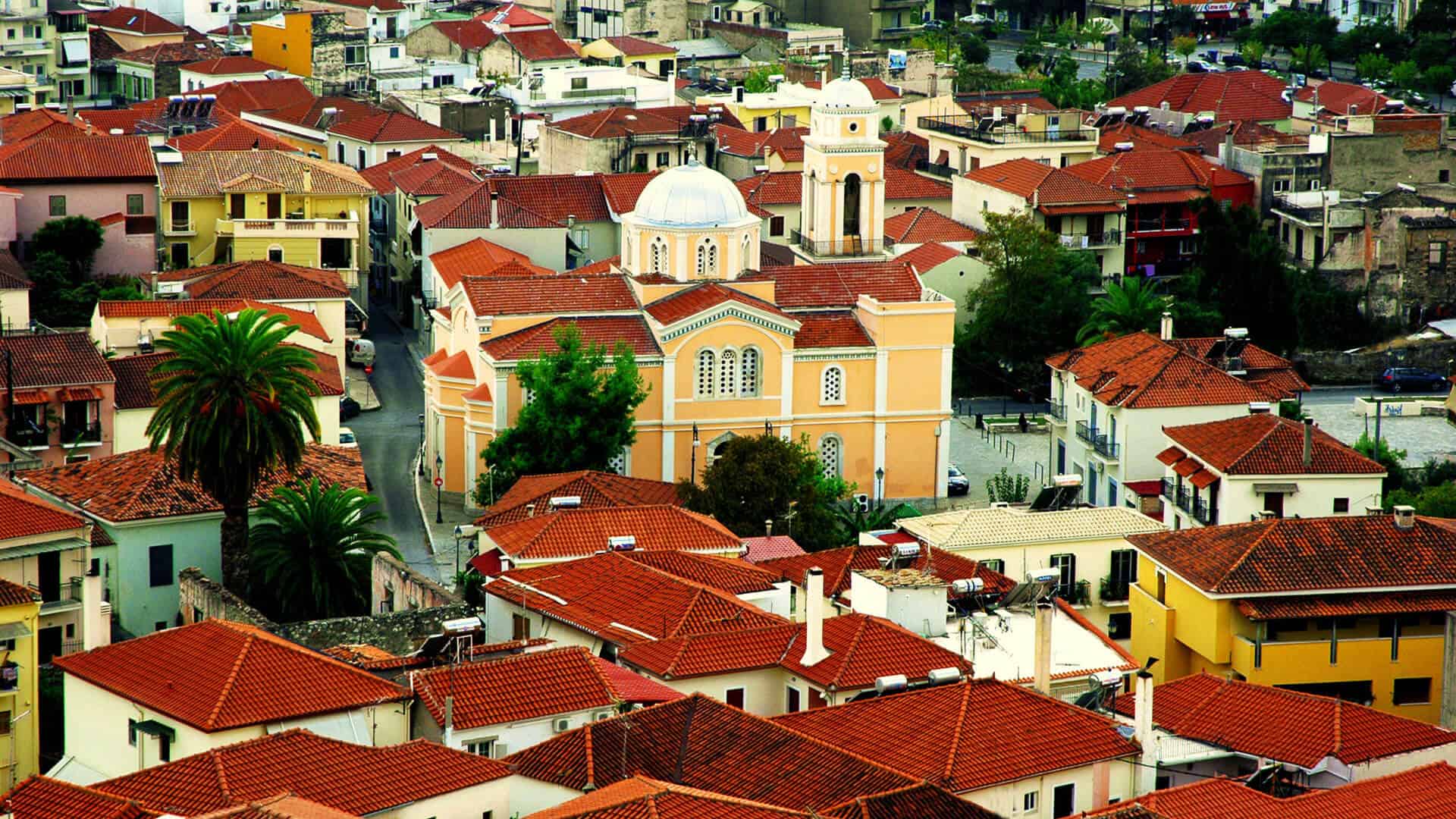 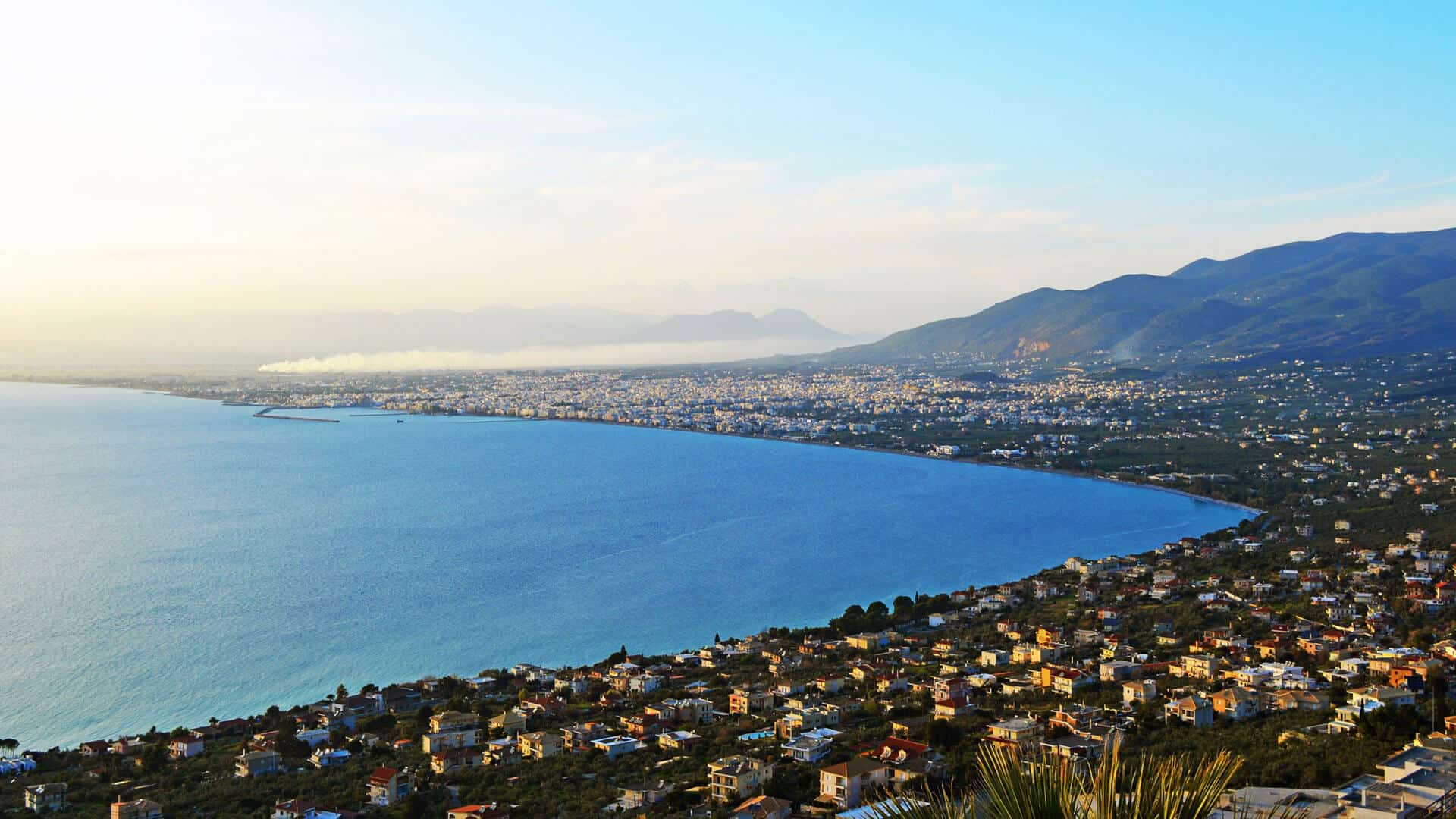 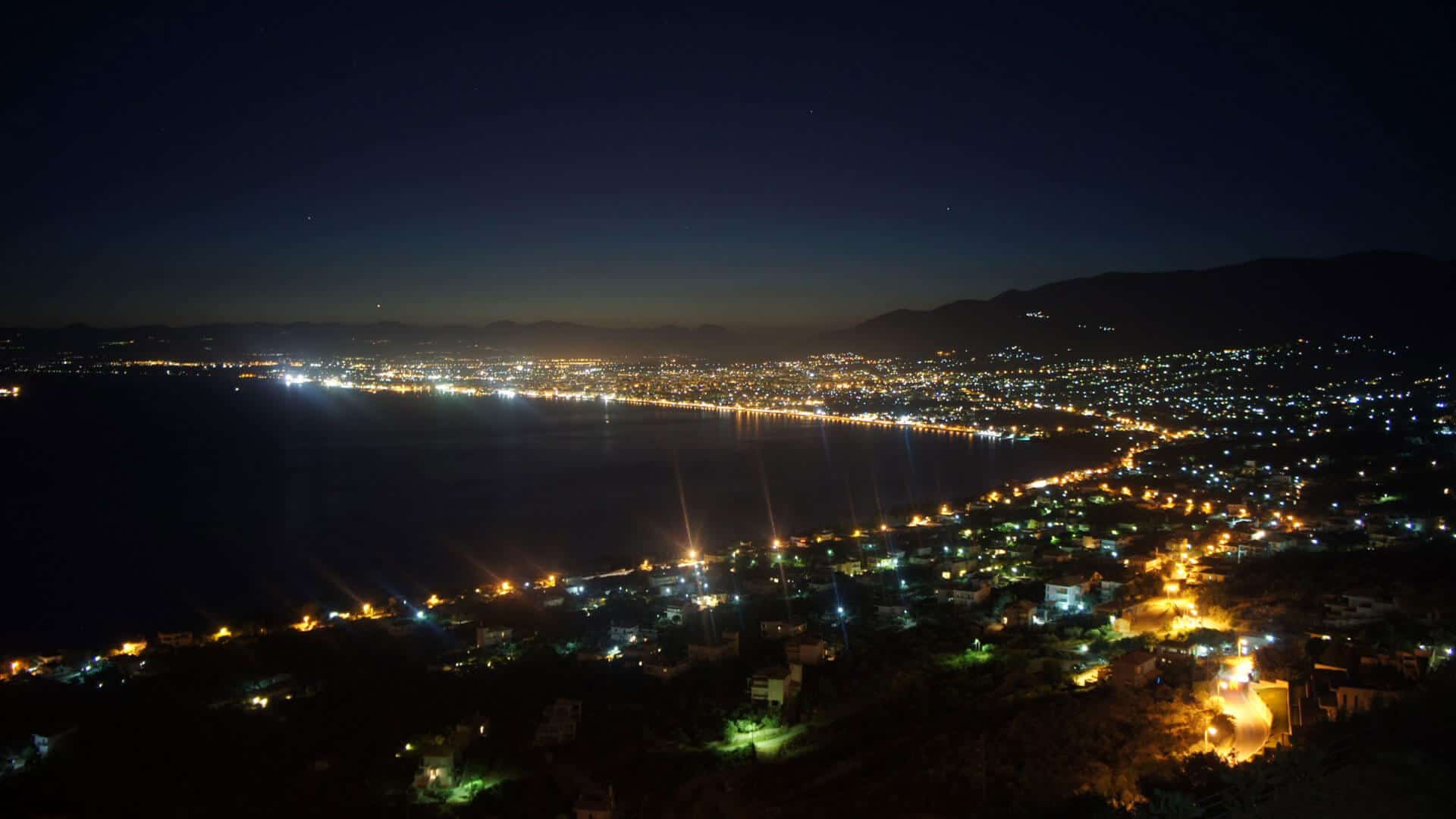 The city of Kalamata

Kalamata, the capital and central port of Messinia, is situated at the site of ancient Farai. Following independence from the Turks and thanks to the exploitation of the fertile Messinian lands (producing olive oil, olives, raisins, figs, wine, etc), it developed into a wealthy urban centre and a significant port. It is located 238 km SW of Athens.

The point of reference par excellence in the city of Kalamata is the legendary “castle of Isabeau” where the renowned International Dance Festival and many other performances takes place annually during the Summer time. It is amphitheatrically constructed on the site of the Farai acropolis offering a bird’s eye view of the city. Constructed in the 13th century by William Villehardouin, it underwent subsequent additions and conversions by the Venetians and the Turks. Nowadays, it is an ideal open air venue for theatre, music and dance shows.

No less beautiful is the exquisite Palia Poli (Old City) at the foot of the Castle. The wider region boasts the Metropolitan Panagia Ipapanti church (1873), the patron saint of Kalamata celebrated on February 2nd, the 12th century Kalograion Monastery with the renowned silk weaving workshop, and the Byzantine church Agioi Apostoloi (13th century) with the brick enclosed masonry.

The area is the hotspot for the city’s youth, for it is the beating heart of the nightlife in Kalamata and by no means will it be still!

The seaside road in front of the city’s extensive beach (4 km length with marvellous waters). On the seaside of Kalamata, people can swim in crystal clear waters and enjoy lace-like beaches, which have been granted the Blue Flag award of quality. Along the seaside, there are several tavernas, ouzo restaurants, cafeterias, bars, clubs, whereas beach aficionados can enjoy all kinds of water sports.

Our suggestions for Kalamata Center (*noted the distance from our villas):

The Municipal Railway Park of Kalamata is an open-air museum, unique of its kind in Greece. The park encompasses the old railway station Kalamata-Port and the adjacent area that it was used for the deposition of bunkers back at the time of the steam trains.

Aristomenous is the city’s main street with a large square ("Vasileos Georgiou"). Here is the heart of the city, home to numerous shops and cafes, it's worth a stroll just to enjoy the ambiance.

The best starting point for sight-seeing around Kalamata is the city’s historical centre. Wandering in the alleys of the historical centre will revive images from the past and reveal buildings that have resisted time.

In the historic centre of the city there is the Metropolitan Temple of Christ's Ypapanti, which is also the patron of Kalamata. The Byzantine Metropolitan and Cathedral Temple exist since 1873. In the temple, there is the miracle working icon of Panagia Ypapanti, the protectress of the people of Kalamata and of all the Messenians. Every year, on the 1st and 2nd of February there is a celebration and a litany of the icon in the centre of the town.

A castle with a rich history on a pine-covered rocky hill at the NW side of the city of Kalamata. An ancient acropolis existed on the hill before the Trojan war, and later a Byzantine fortress, but the ruins we observe today are the remains of the castle that was (re)built there in 1208 by Gulielme Villearduin , during the Frankish occupation. It has inspired Angelos Terzakis’s novel about Princess Izampo who had lived in the area. At the foot of the castle there is the semi-cavernous temple of Saint John that has probably existed since the post-Byzantine years. It is said that the citadel of ancient Pharai was situated below the castle. In the nunnery of Saints Constantine and Helen', built beside the castle in the 18th century, you will also learn about the ongoing Byzantine tradition of weaving pure silk on “lakkoi” (looms).

The museum building is located at the heart of the historic center of Kalamata, where the Municipal Market of the city used to be, a place that was bustling with merchants and shoppers every day.

The Folklore Museum of Kalamata was founded by local “Society for the Dissemination of Letters,” the purpose of collecting archival material and objects of the Revolution of 1821, and the preservation and promotion of objects of modern culture in the region. On the ground floor of the Mansion Kyriakou, you can see small theme sections concerning rural and pastoral life, agricultural artisanship, the art of weaving, pottery and urban occupations. Another series of exhibits is about the daily life of residents.

The Municipal Art Gallery of Kalamata is located since 2002 in a renovated neoclassical building in the historic center of Kalamata. In 2007, it was named from A.Tassou engraver. Of particular interest are the periodical exhibitions that organized by the gallery and covering all forms of artistic expression, both classical and pioneering.

The Museum of Traditional Greek Costumes is a cultural gem, narrating the history of local folk dress from the mid-18th to early-20th century, combining modern stage design and an exemplary use of sound and light.

In the Military Museum of Kalamata in the capital of Messinia under the supervision of the Joint Chiefs of Staff there is the newest Greek history since 1821 to the present day through texts, photographic and audiovisual material of the army.

The Kalamata International Dance Festival takes place usually during July, hosting exceptional international and Greek contemporary-dance performances, spurring dialogue on performance arts, providing specialized training and of course offering the chance to enjoy dance. The newly built Kalamata Dance Megaron is the heart of the festival, where most of the shows take place.

The Art Space Α49, opened in Novenber of 2018 and host a variety of important exhibitions. There is also a shop here with gift items and souvenirs from the Benaki Museum.

Our suggestions for Kalamata Beach (*noted the distance from our villas):

The port of Kalamata is the place where residents gather to enjoy coffee, drink and walks through the paved road. During the summer months it carries out the coastline Kalamata - Kythira - Kissamos. In recent years it has been attracting several cruise ships with the interest of the visitors to grow rapidly. In the central position of the port is Customs Square, which occupies with the homonymous administrative and the port office in a magnificent building with neoclassical elements. Just to the west of the square is the huge building of the Autonomous Raisin Organization and to the west the abandoned industrial building of Roller Mills "Evangelistria".

The pier at Kalamata harbor is the favorite place of locals for walking. There you will meet people of all ages, especially the peaceful afternoons of the days with good weather. In the morning you will have the chance to see the fishermen who have just returned from the fishing of the day and they will cut off their nets to prepare for the next. Along the stroll you will find benches to rest & enjoy the beauty of the landscape, while at the end you will find the lighthouse of the city.

In the summer, the coast of Kalamata bustles with life, both during the day when the long coastline fills with bathers and in the night, when young people fill the clubs.

Navarinou street, to the east of the port, is the “coast” for the locals and the citizens’ resort; at any time of the day and night you will see groups of people strolling and talking by the sea.

The marina to the west of the port has numerous sailing ships anchored. The Marina area is home to loads of traditional (and not so traditional) restaurants and taverns.