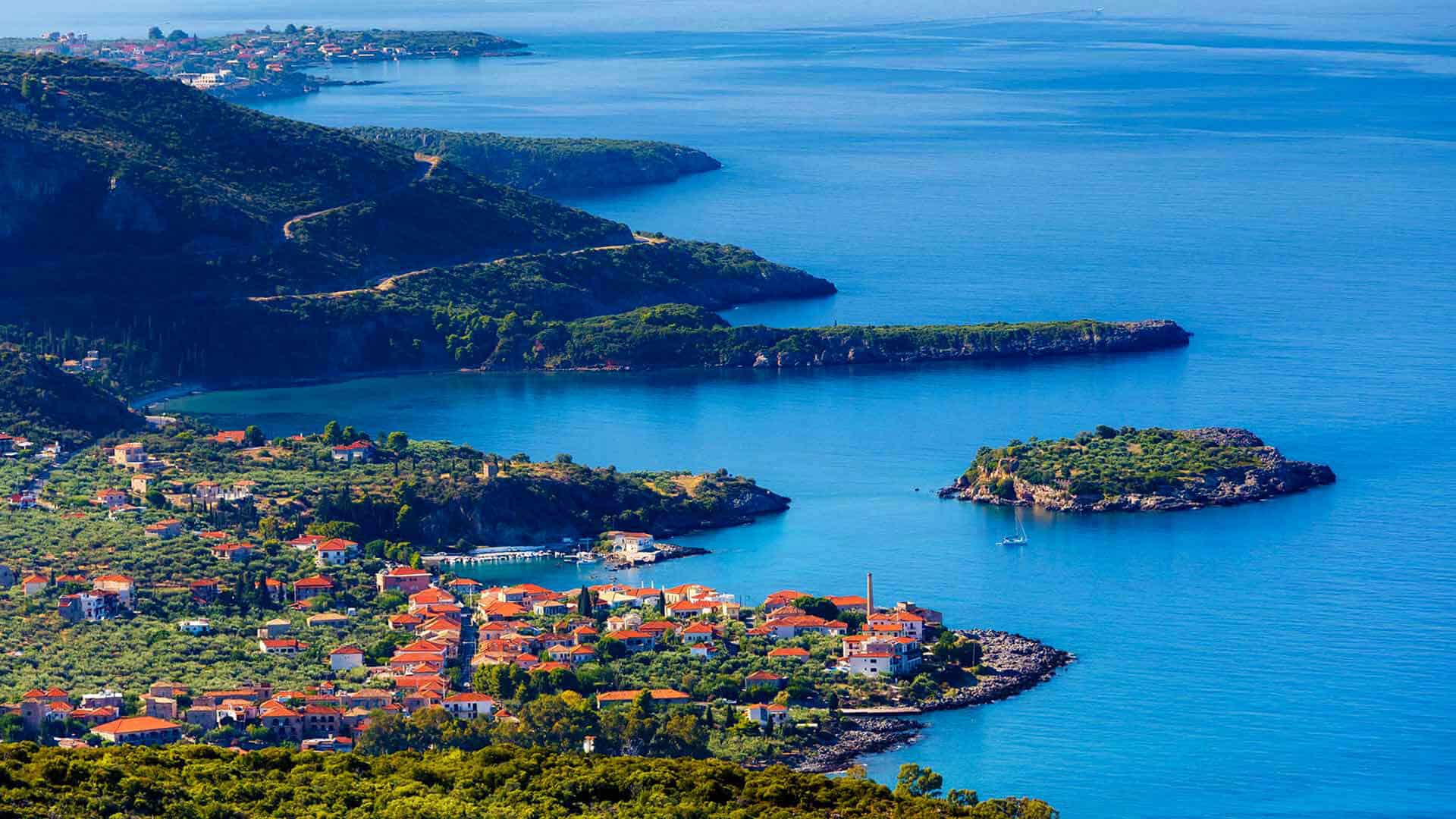 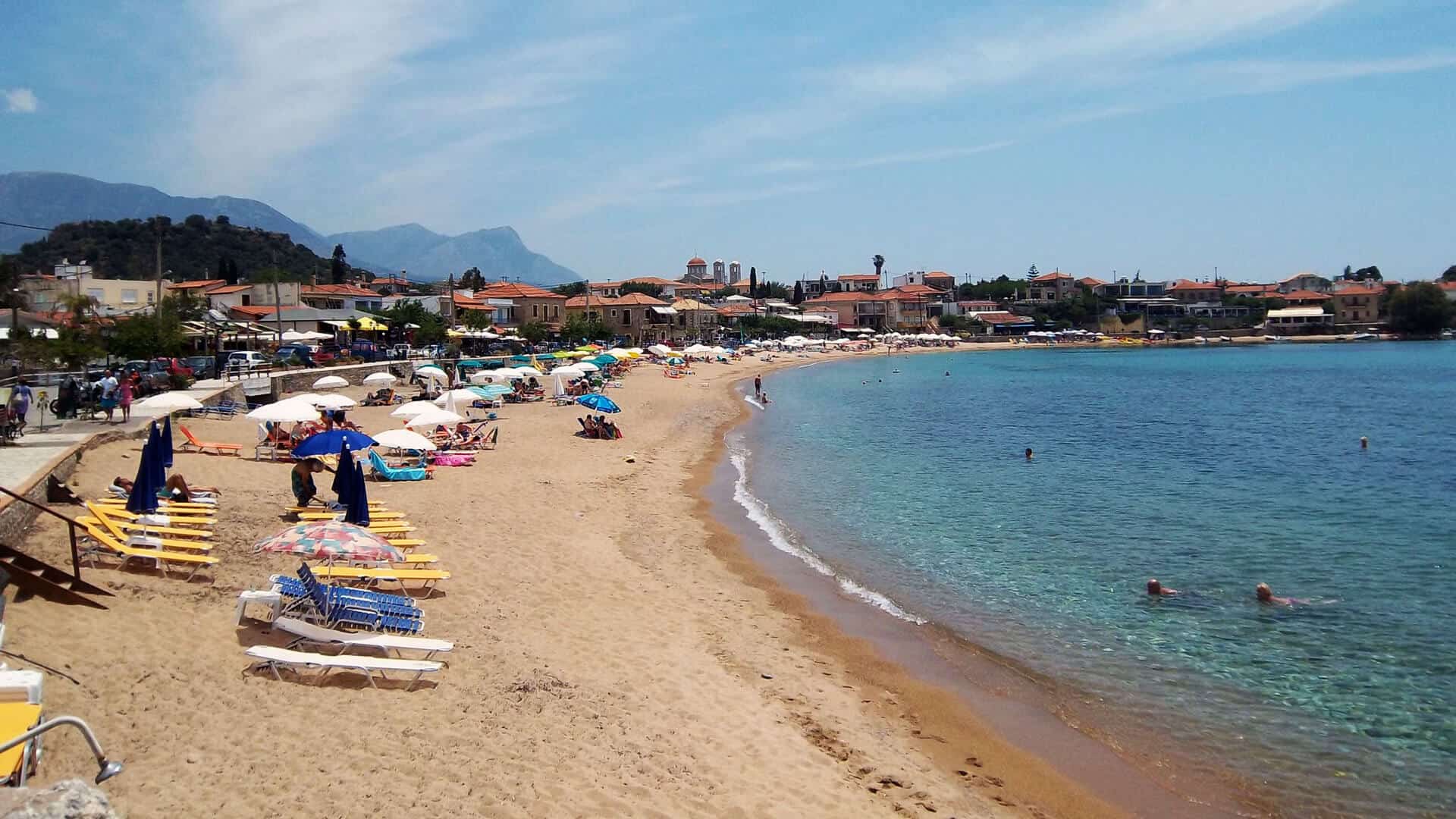 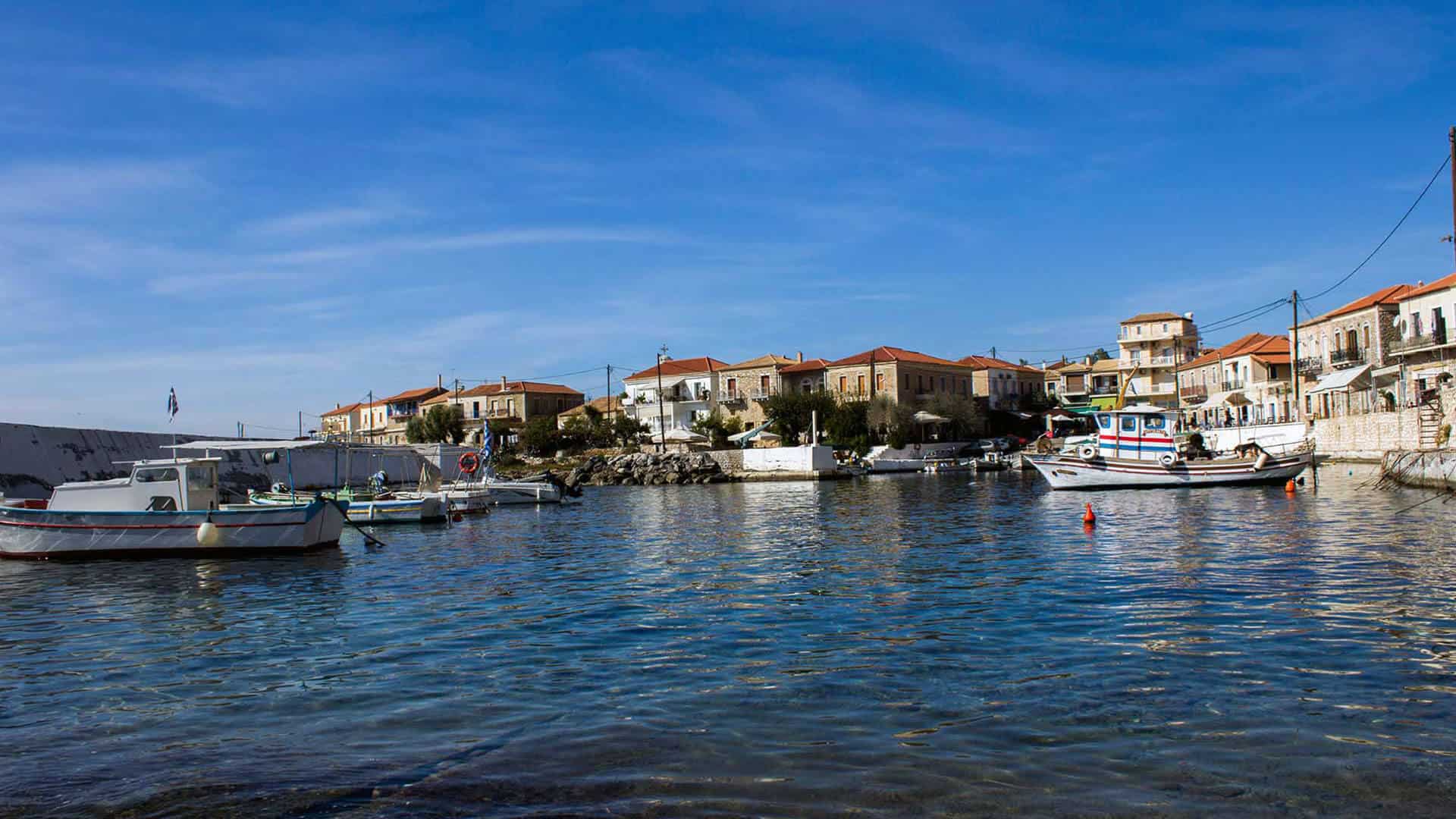 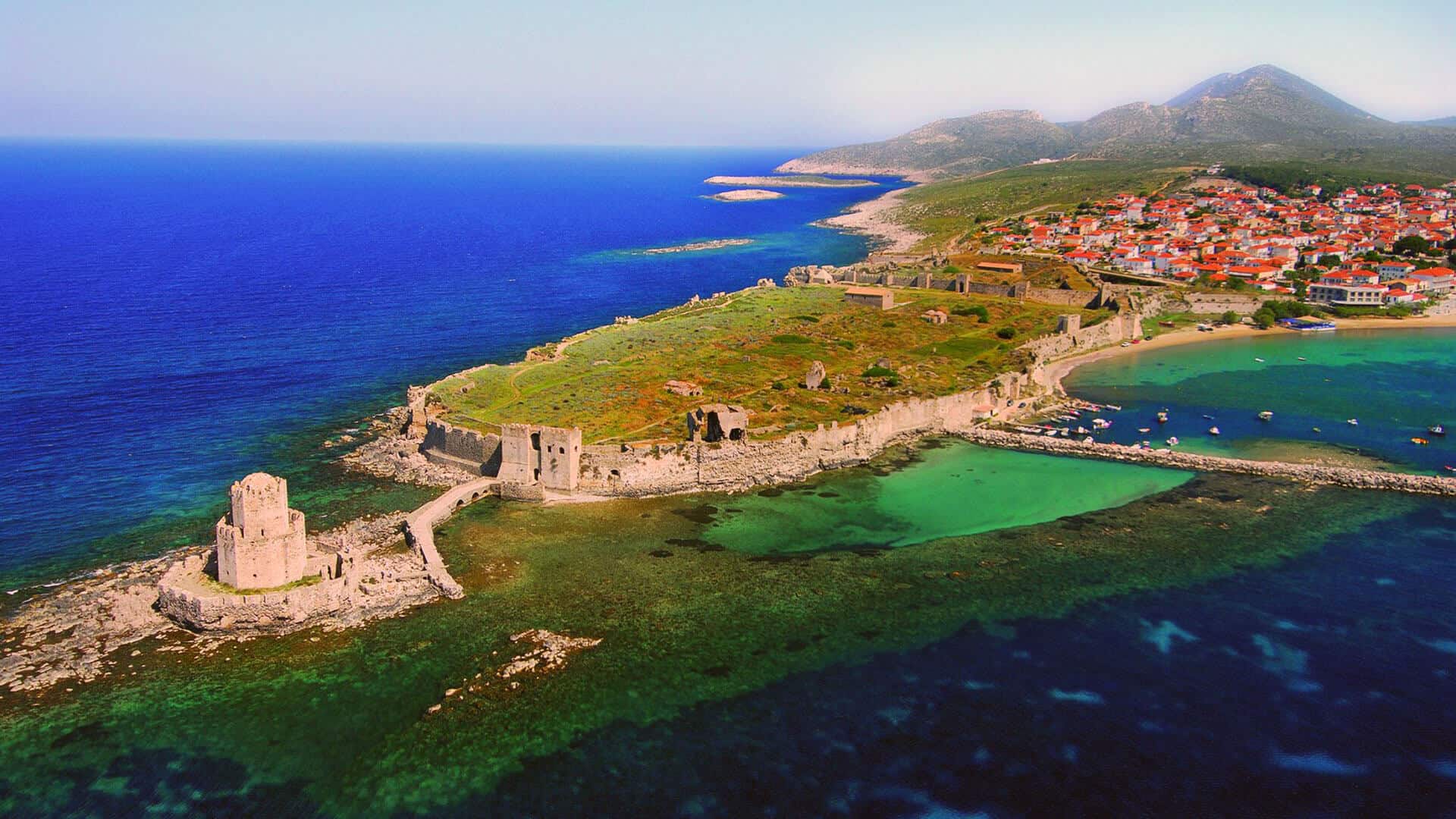 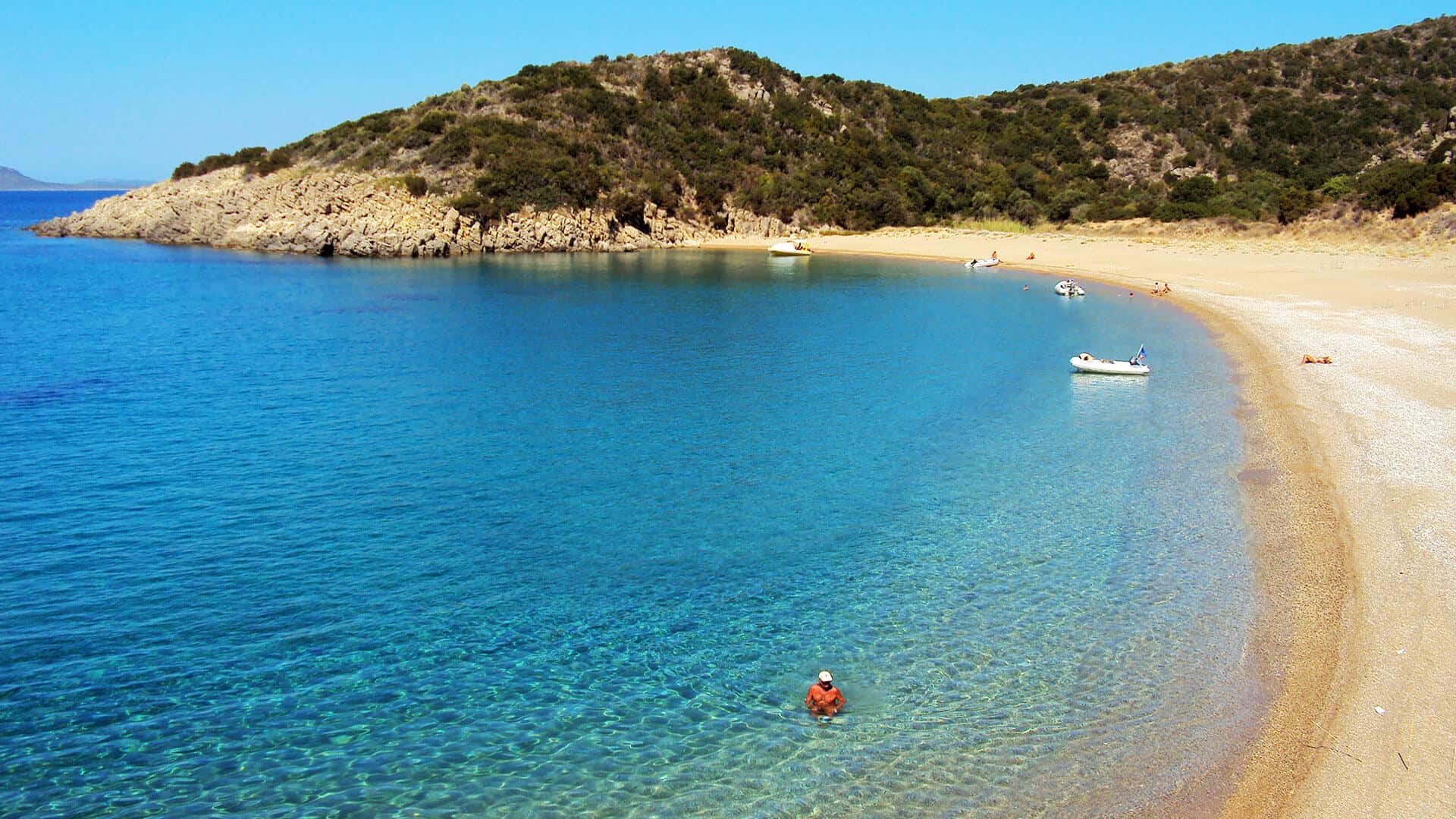 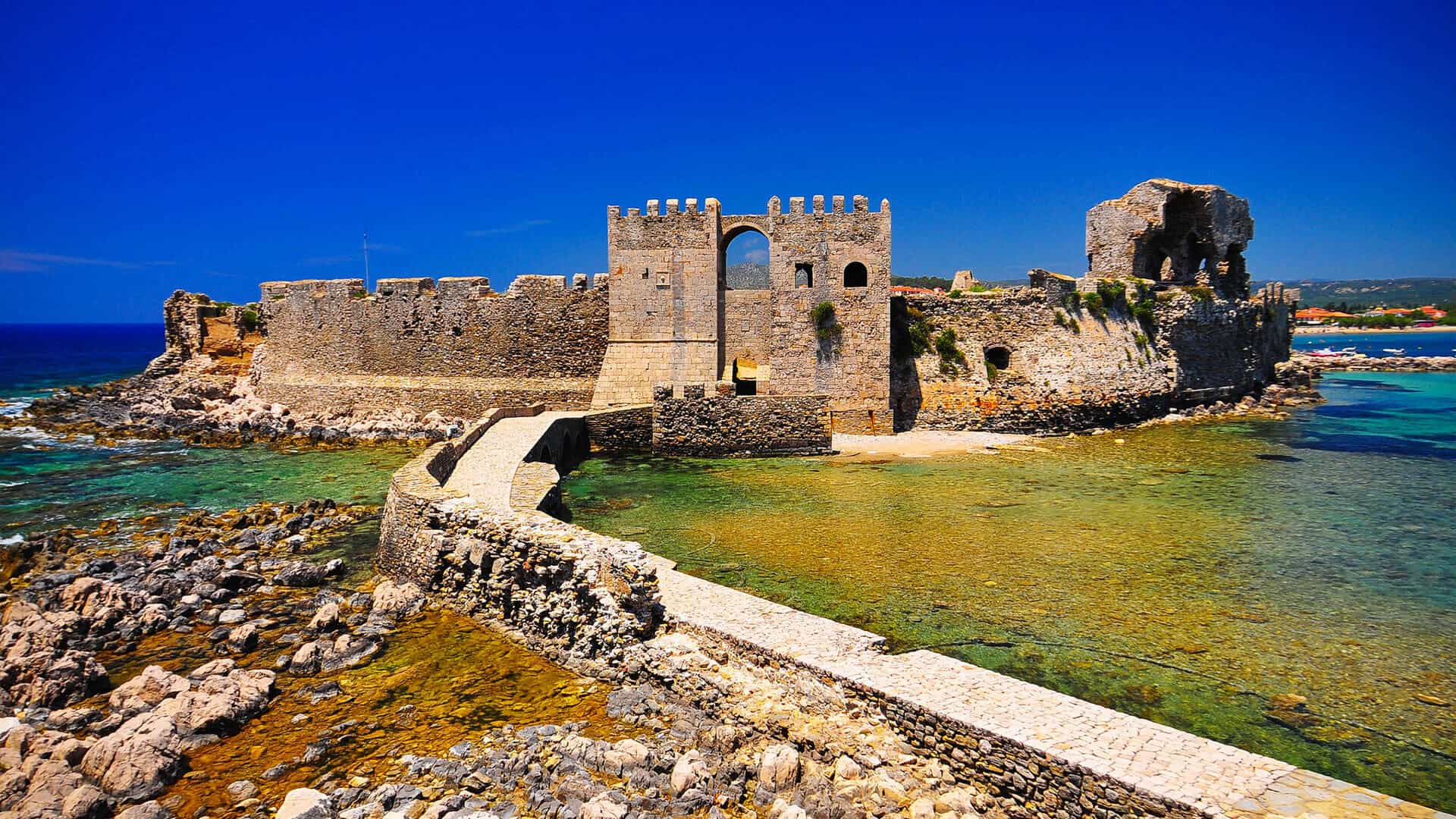 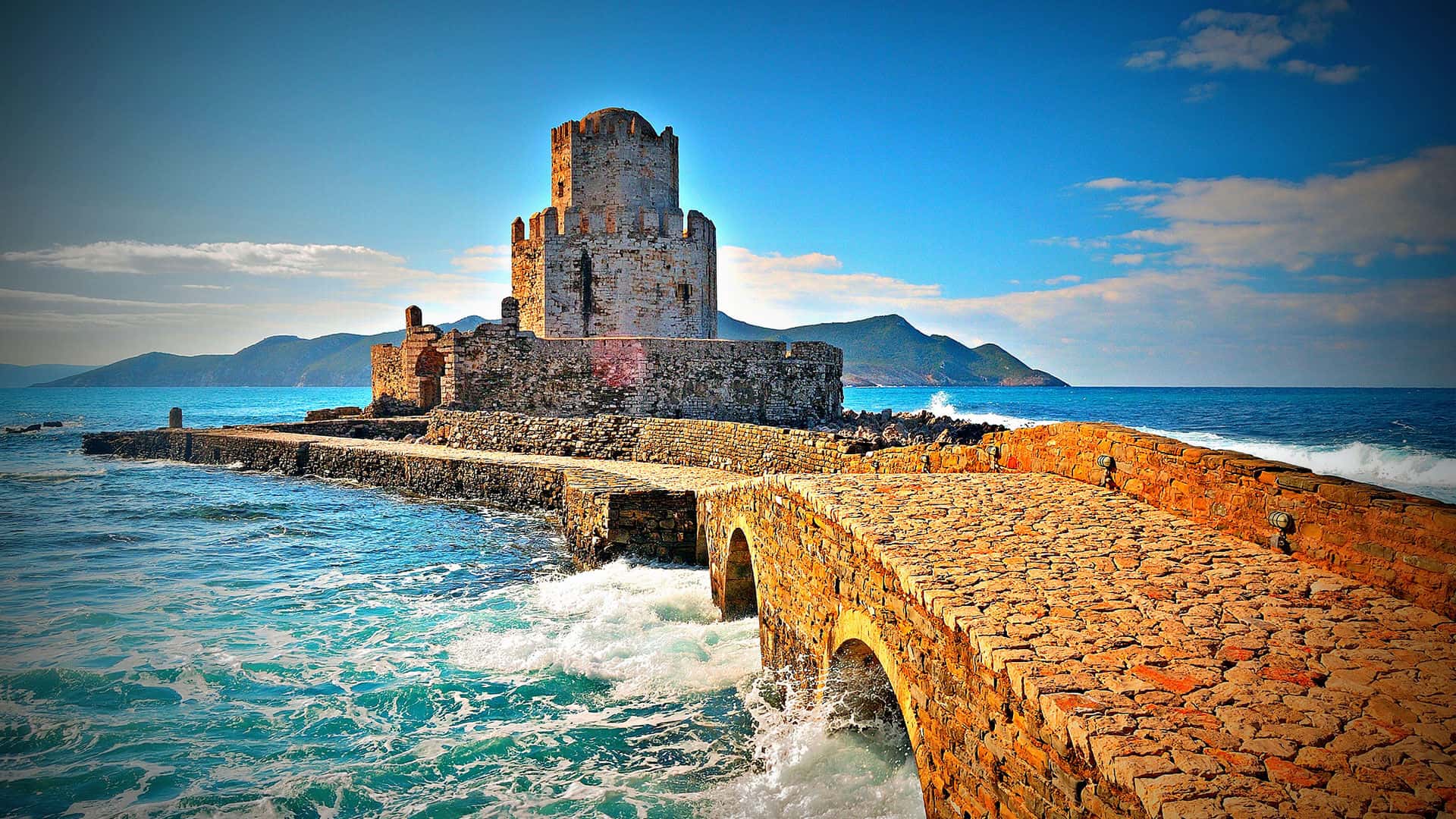 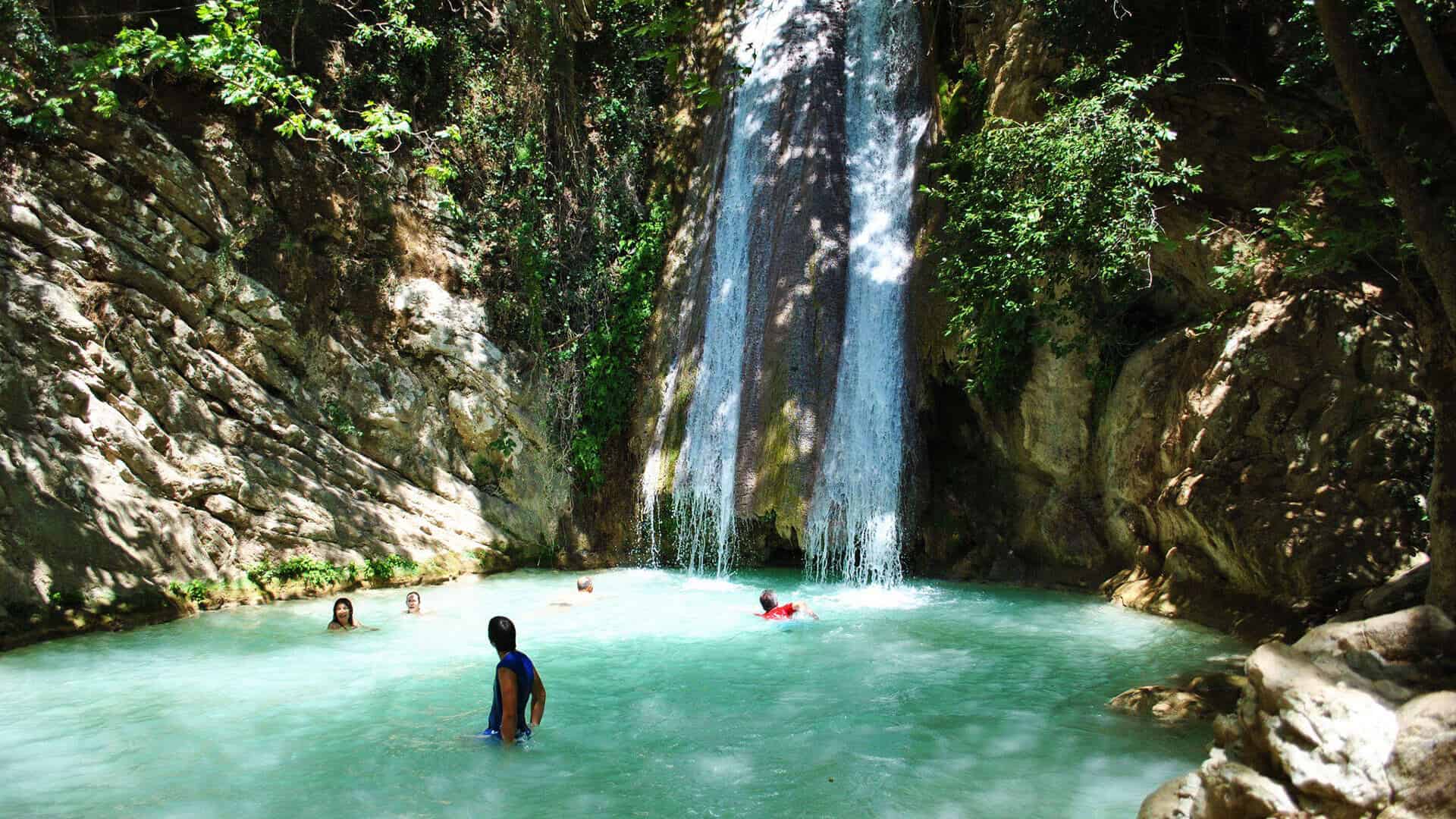 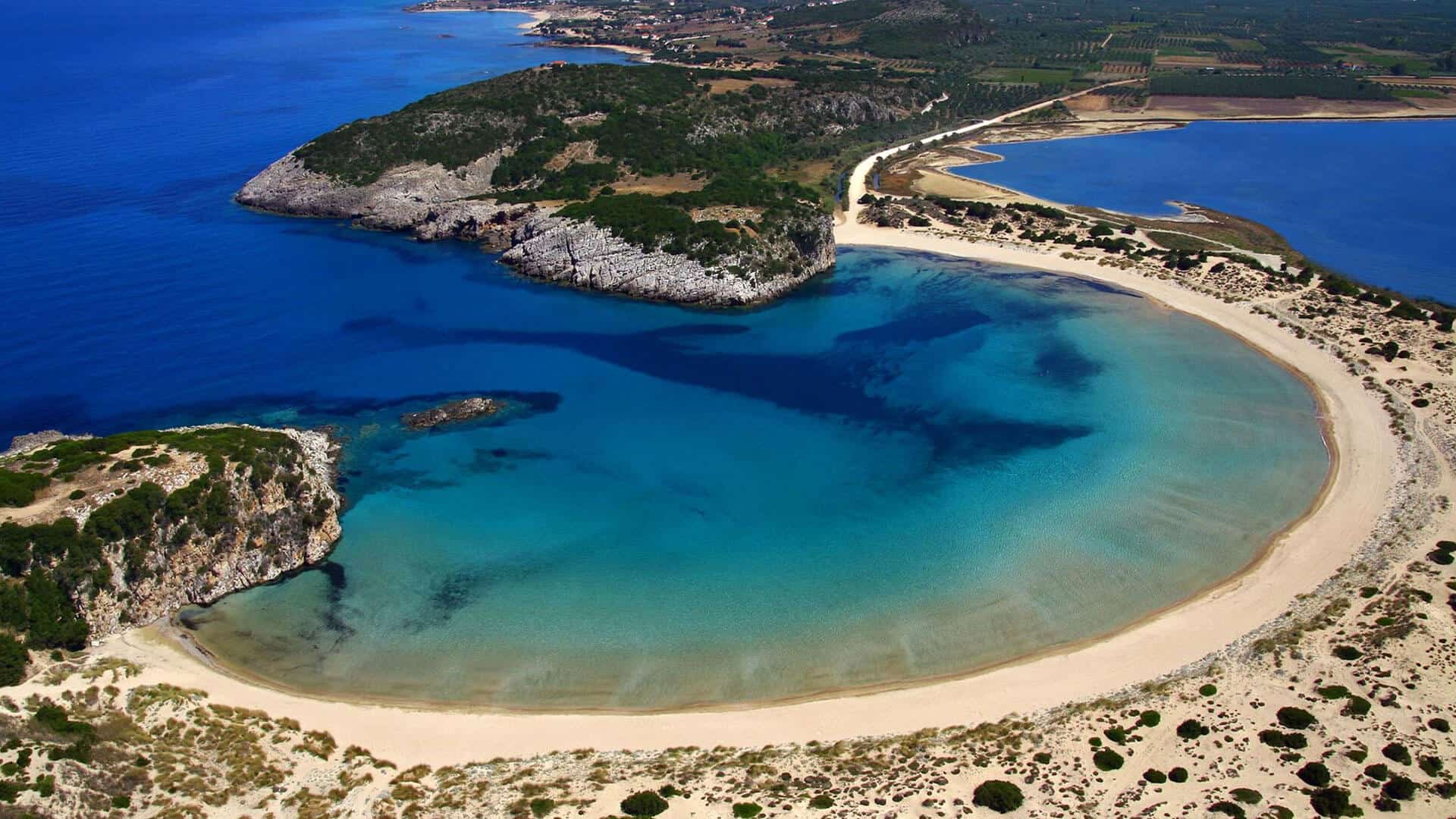 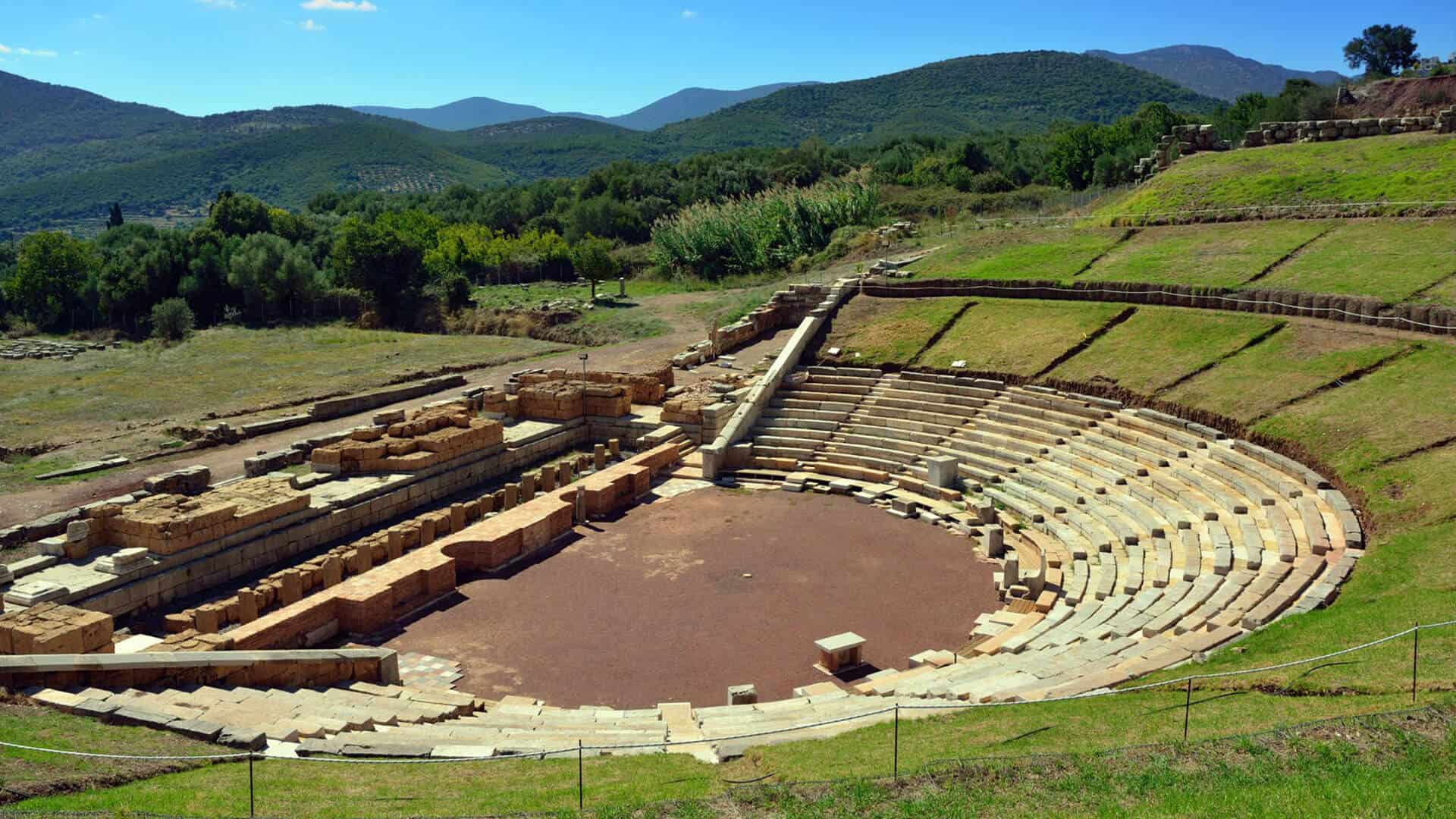 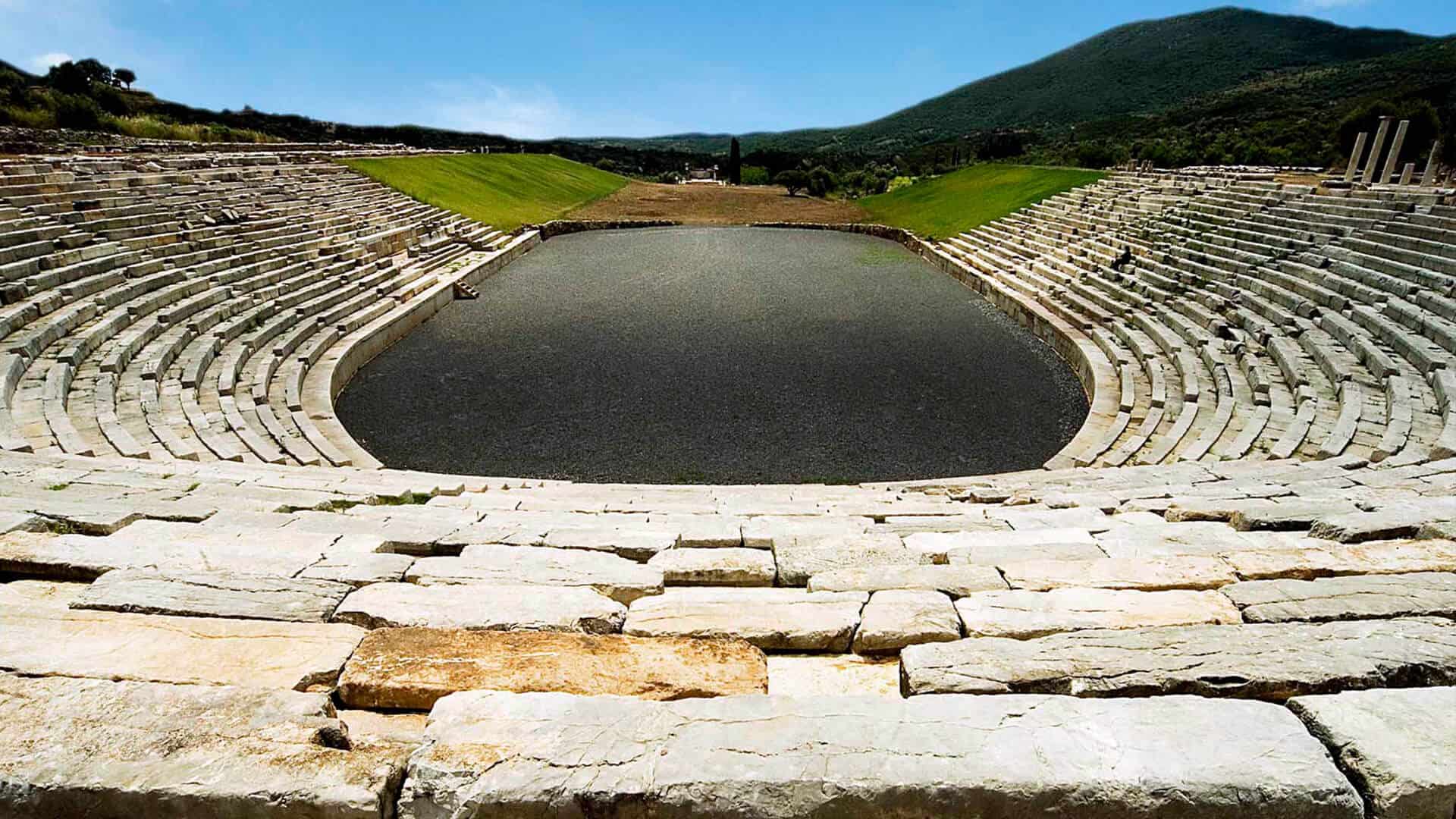 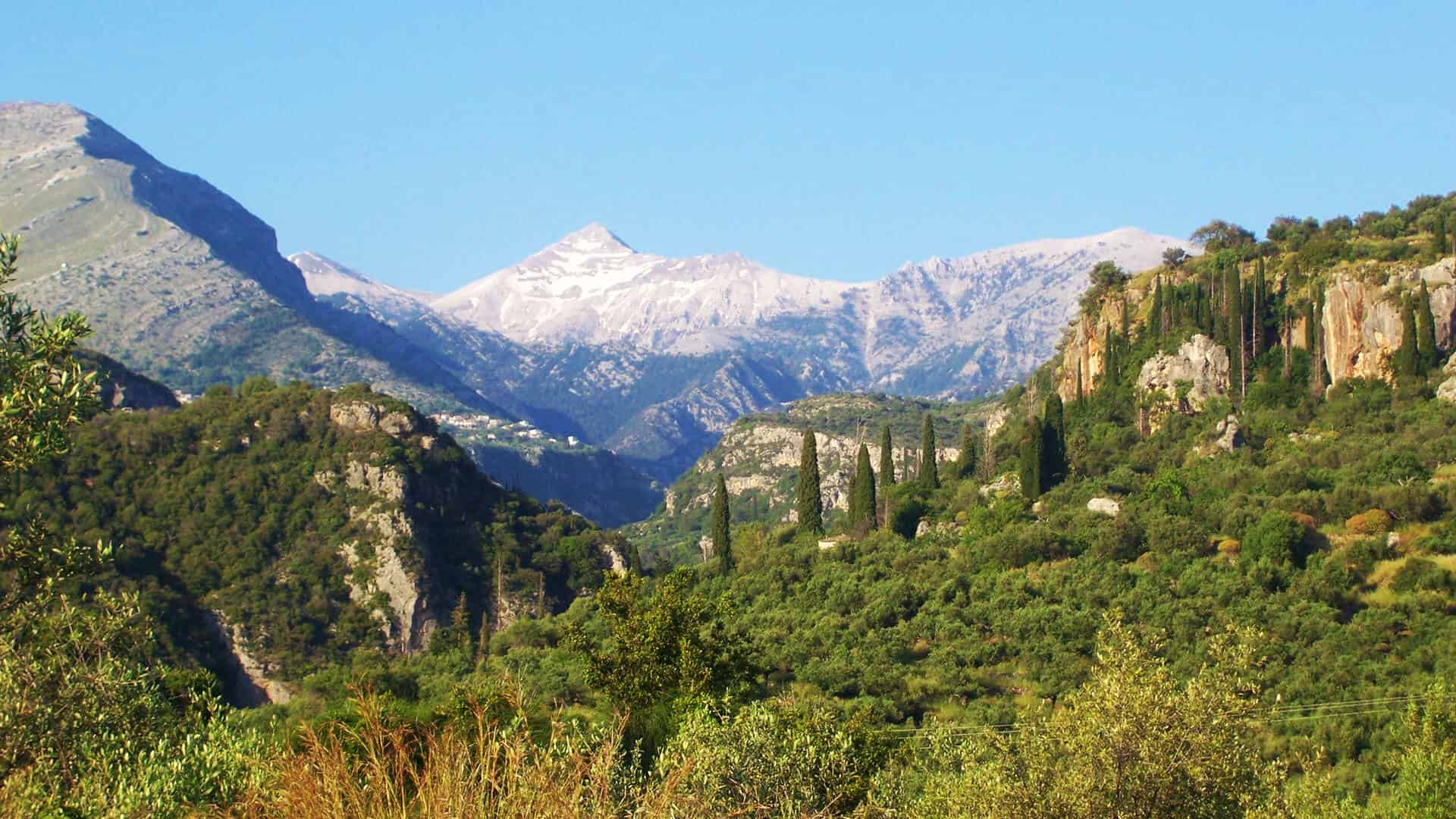 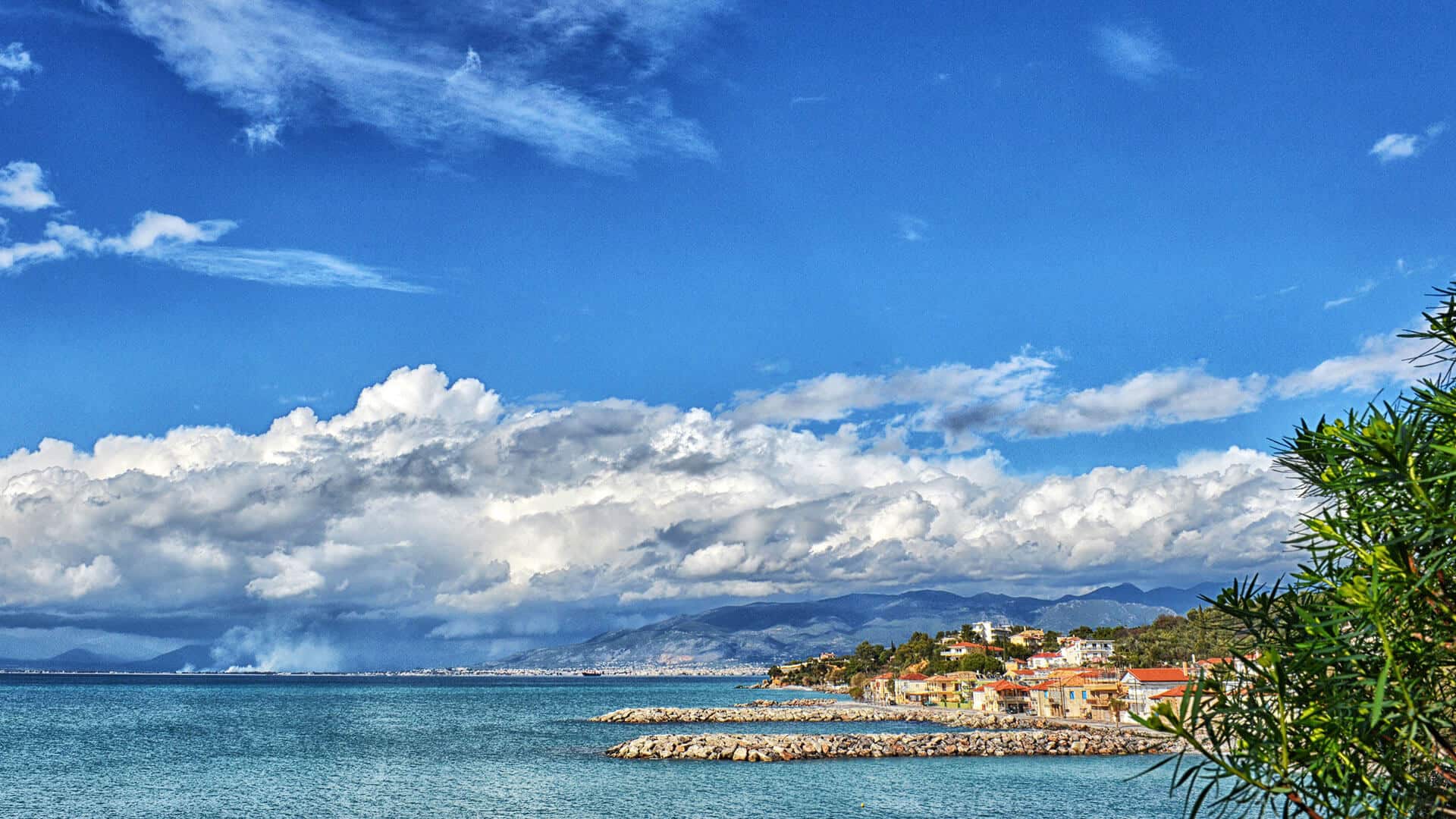 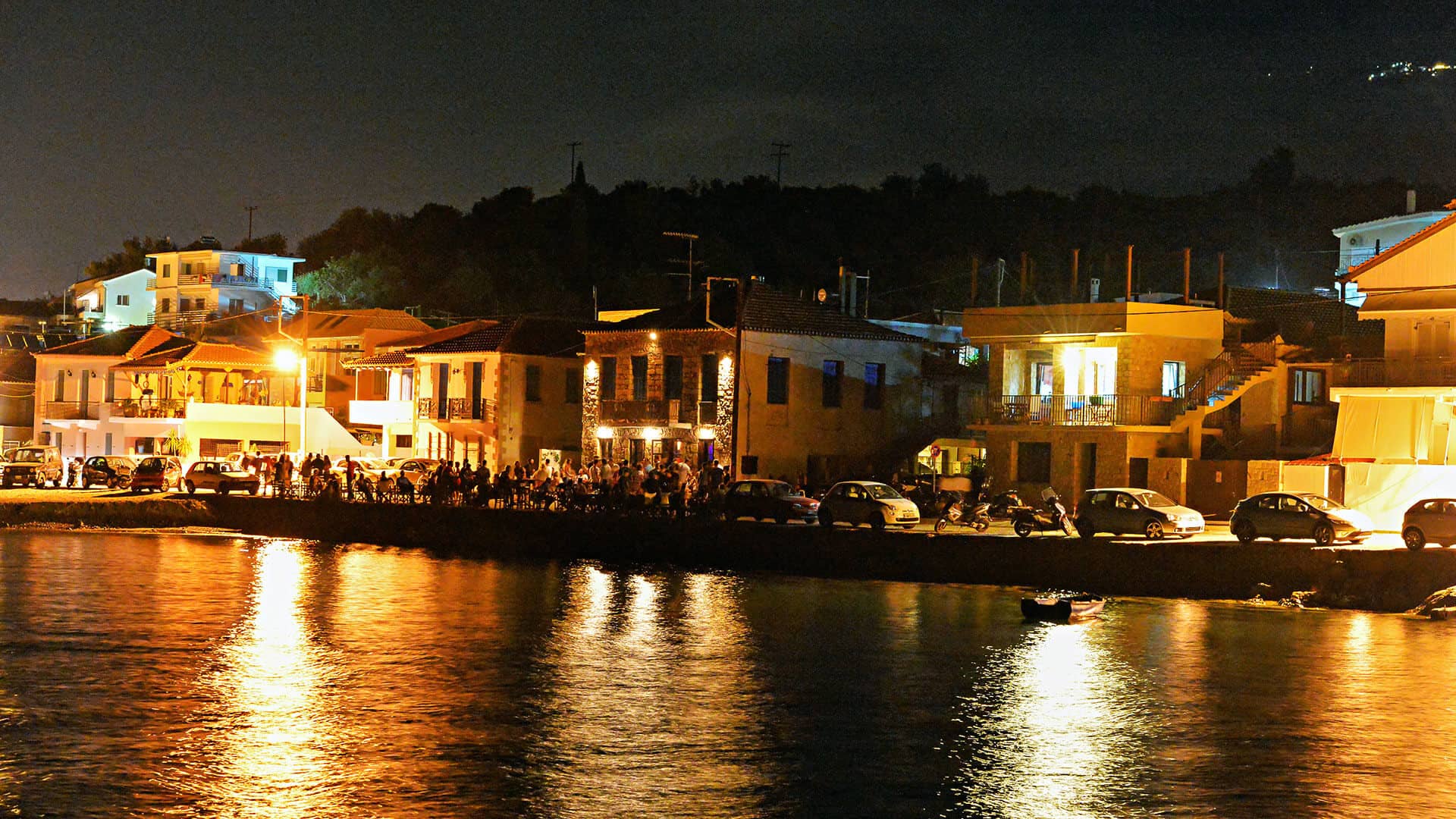 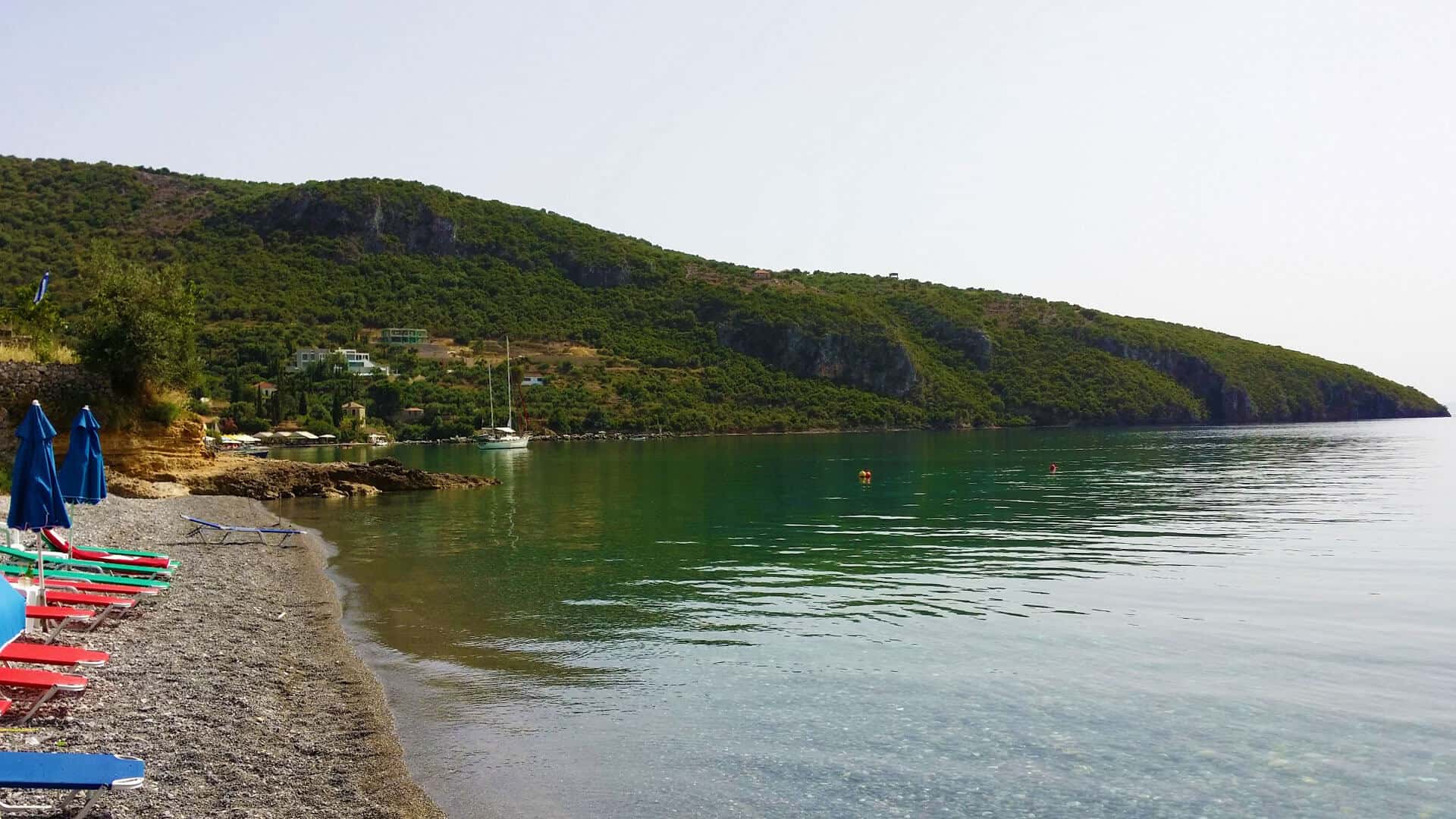 Messinia is one of the most beautiful prefectures in Greece. Its landscape consists of endless coast line and large mountains, and it´s for certain that there are many surprises for you, as long as you have the mood and the time to explore it. A practicable method to approach Messinia from a traveler’s point of view is by taking into consideration the central road axes. This way, Messinia can be divided in:

Our suggestions for the main Points of Interest, ideal for excursions around Messinia are:

The area of the southern Peloponnese known as ‘the Mani’ is a special place. Its location on the fringes of southern Europe, its turbulent history and its rugged, natural beauty all combine to give the visitor an unforgettable experience.

Kardamyli (36km) is charming, with handsome houses and several tavernas. It has always had a reputation as being on the bohemian side, giving it a different atmosphere to Stoupa and Agios Nikolaos. Shops, cafes and tavernas flank the high street and there are other places to eat and drink off the main street towards the sea. At the southern end of the town is a rough road that takes you down into the harbour. It is extremely picturesque and the harbour jetty has what used to be a fortified customs house and a small church built on it. The chimney that dominates the skyline was once a factory producing olive soap. No visit to Kardamyli is complete without a visit to the Troupakis fortified complex and museum located in the old town, just a few minutes walk from the high street.

Stoupa (44km) is about an hours drive form Kalamata, passing through Kambos and Kardamyli en route. The approach is dominated by its acropolis at the southern end of the village. It was known in ancient times as Leuktra, a Free Lakonian City which declared independence from Sparta. This name survives as Lefktron, the village immediately inland from Stoupa on the other side of the main road. Over the last two decades it has emerged as the Mani’s number one resort and yet has not been ruined by over-development. It is very child friendly and has a range of types of accommodation to stay in, ranging from two campsites to studios, hotels and up-market villas.

Agios Nikolaos (49 km) is a picturesque fishing village that has become a popular destination in recent years since it is only 5 km from Stoupa. You can swim in the crystal clear waters of the beautiful sandy beaches with imposing rocks. On its paved paths there are taverns with special tastes of traditional Messinian cuisine and some bars by the sea.

Colorful Koroni is located 53 km southwest of Kalamata, in the first part of the peninsula of the Peloponnese, a region with an island atmosphere, a remarkable natural environment and wealth of attractions. Thanks to its strategic position, it has been important trade and marine center. But for the very same reason, it has always been coveted by the powerful of the times. That explains the need for building huge fortresses.

The castle of Koroni:

One of the finest examples of the Venetian fortress architecture and amongst the few of each kind to encompass houses and churches, the castle of Koroni dominates Akritas cape, on the southern edge of the Messinian Gulf. It was built by the Venetians in the 13th century and revamped by the Ottomans in the 16th.

Foinikounda (60km), is a coastal village of Messinia. Located in the middle of the path between Methoni and Koroni, opposite Schiza and has grown into one of the most important tourist resorts, mainly by exploiting the fact that it is surrounded by large sandy beaches. The looks of visitors mainly attract the stunning sandy beaches with crystal clear waters. Also, the picturesque landscape and excellent fish taverns have made Foinikounda popular summer destination!

Just across the gulf of Finikounda lies the complex of Oinousses which consist the island of Sapientza, wellknown for its distinct shape of heart and numerous shipwrecks, the rocky island of Agia Mariani and the island of Schiza, the largest and easternmost, with a remarkable cave. The islands are integrated into the Natura 2000 network, along with the Cape Acritas.

Picturesque Methoni (65 km) overlooking the Ionian Sea has also a great historical significance because of its strategic location, since it had became  a pole of attraction for the powerful armies of the era.In Methoni you will see mansions that retain the characteristics of local architecture, ancient monuments, as well as Byzantine, Venetian and Turkish: churches, mosques, huge fortresses.

The castle of Methoni:

Built by the Venetians in the early 13th century on a rocky promontory, the castle is among the largest ones in the Mediterranean. You’ll be astonished at the bridge stone of 14 arches which connects the castle to the shore instead of the timber one that used to stand in its place before the Venetians ever got there. The celebrated symbol of Venice, the lion of St Marc, dominates the gate of the castle where immured reliefs, emblems, blazons, inscriptions, the huge gates –especially the main gate, above the moat – and the relics of two Ottoman bathhouses have survived.

* This excursion can be combined with Pylos and Gialova, which are only 10km away from Methoni.

Someone can only characterize  the region of Pylia (around Pylos city) as a “eutopia” (εὖ- τόπος > good place)! The land, its distinctive natural beauty and the very long history compose an island scenery with many scattered sights.

Polylimnio (33 km) is a small green paradise, near the village Kazarma in the direction of the village of Haravgi, full of scattered small lakes that create waterfalls. Combined with the vegetation, purity and sound of the waters, travels you to a unique fairy tale that will excite the most daring to dive and the others to explore the place. Watch the video from the area here

Pylos (52km) is a large historical village on the west coast of Messinia, which has emerged as the most popular destination in the region. Scattered in the area you will find several castles, palaces, squares, museums and monuments of the Navarino Naval War that keep alive the past of Pylos. The island atmosphere, the traditional architectural elements and the modern marina give a unique color to Pylos, which receives numerous visitors  throughout the year.

Voidokilia Beach, a few kilometers north of Pylos, with its special shape, is possibly the most renowned beach in Messenia and one of the most exquisite beaches in whole Greece!

Gialova (54 km), in a short distance from Pylos, is a picturesque seaside settlement, which is built on the bay of Navarino with plenty of cafés and restaurants. The well-known Gialova lagoon is a very important wetland with rich flora and fauna where many species of migratory birds find shelter.

The only Greek river “of feminine gender”. According to the Greek Mythology, Neda was a Nymph, a goddess of waters. It is one of the last natural paradises the unique natural beauty of the gorge with waterfalls, natural tunnels, and the vegetation of the area along with the opulent cultural and monumental profile of Ancient Phigaleia.

Crossing Kalamata towards the North and heading to Sparti, you will enter the magnificent world of Taygetos, the roof of Kalamata. Taygetos is the biggest challenge for lovers of mountain, trekking and climbing. Imposing and full of contradictions, with slopes, canyons, caves, sources, rivers and rich vegetation alternating with steep rocks, it draws on the intrepid who dare to explore it.

Messini (or Messene) is a significant ancient city in terms of its size, form, and state of preservation, and still has much to offer. It possesses not only sanctuaries and public buildings, but also imposing fortifications, and houses and tombs. It enjoys, amongst other things, the advantage of never having been destroyed or covered by later settlements, and is located on an unspoiled inland site. Its natural setting combines the grandeur of the mountains of Delphi with the low-lying, riverine tranquillity of Olympia, the dominating bare limestone mass of Ithome, the site of the ancient acropolis, with the low fertile valley around the ancient city.